Turkey's pro-Kurdish HDP deputy to village guards: We will point Kalashnikov back at you 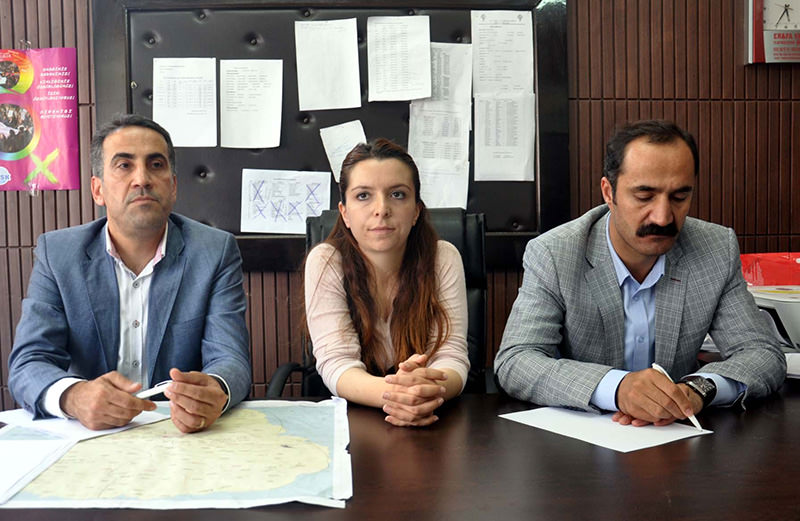 | AA Photo
by Daily Sabah Jun 09, 2015 12:00 am
With the Peoples' Democratic Party (HDP) having crushed the 10 percent election threshold and entering Parliament, the future of the reconciliation process the government has been pursuing with the party to end the decades-long conflict between the state and the outlawed PKK has become a matter of greater curiosity. The process, which is currently on a shaky ground, was assured to be pushed forward following the elections by the HDP once in Parliament. However, the first signs of breaking the promise appeared when newly elected HDP Deputy Burcu Çelik Özkan censured village guards, which act as local militias in towns and villages protecting against attacks and reprisals from the PKK.

"You [village guards] will clear from this country. We know well how to redirect the Kalashnikovs you pointed at us," Çelik said at the celebrations of her party, which received unexpected support from the public in the elections. Although the party's Kurdish base is estimated to be lower than the proportion of votes it received in the elections, the HDP won a victory in terms of its target of passing the threshold. This, some analysts believe, is due to support from other opposition parties to enhance their ability to beat the Justice and Development Party (AK Party) in the elections by stemming the flow of votes to the ruling party if it failed to pass the threshold. However, the very voters that are unified in wanting the reconciliation process to continue might have put it in jeopardy, as the highly anticipated disarmament by the PKK does not seem to be happening in the near future, taking into account the remarks of HDP deputies containing violence that commenced after the victory of the party.

"I underline it again, we will struggle against our people [who were targeted by the village guards]," Özkan said during the celebrations in the eastern province of Muş. Upon reactions, Özkan held a press conference on Tuesday and said her remarks were misunderstood.

There were also incidents reported before the elections against locals who were taking a stance against the PKK. An unidentified murder was committed in the region in early May. Mustafa Turhan, 42, the headman of the village of Bağgöze in Siirt province and a village guard, was shot dead with a long-barreled weapon near his automobile.

Turhan was believed to have been threatened by the PKK, and the day before he was killed he hosted Siirt Governor Mustafa Tutulmaz and Siirt 3rd Commando Brigade Commander Brigadier Gen. Halil Soysal in his village.

The strongest warnings against the HDP as Turkey was heading to the polls came from Deputy Prime Minister Yalçın Akdoğan who expressed reservations that the reconciliation process would be blighted if the HDP entered Parliament. He claimed the HDP was already insincere in reaching a settlement and once it enters Parliament it would shelve the process.

He was pessimistic again on Monday, a day after the elections, and said Turkey could only "film| the reconciliation process with the HDP in Parliament. He also called on the HDP to do its part, and called for the resumption of the process, which has been on ice due to resistance from the PKK to lay down its arms, even after a call from its imprisoned leader, Abdullah Öcalan, in his annual Nevruz message. The congress to discuss leaving arms behind was supposed to take place before the elections, according to Öcalan's call, but the PKK refused to comply, raising questions over whether Öcalan still holds influence with the group.

As Turkey digests the outcome of the elections and a future coalition government as the AK Party was unable to achieve an absolute majority to form the government single-handedly, there are questions of how the reconciliation process will evolve amid the rigid differences between the opposition parties.