AK Party ready for coalition talks as others show reluctance 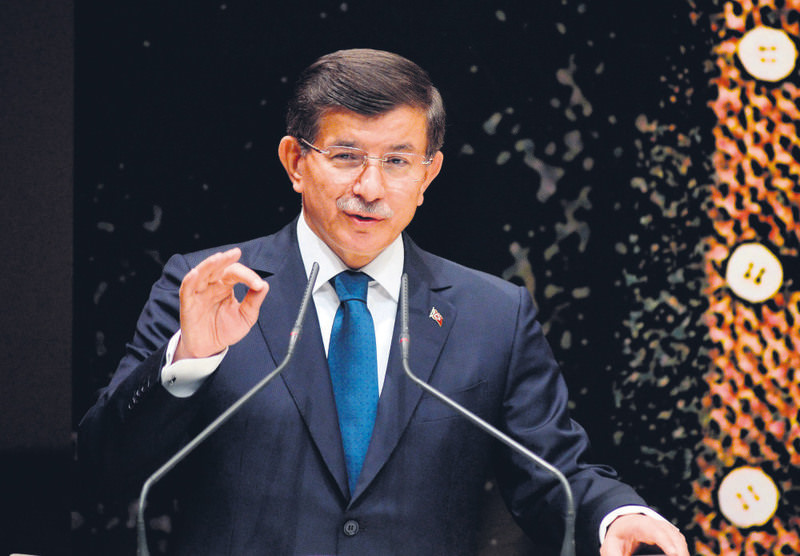 Although a week has passed since the general elections, there is still no clear picture on how the coalition government will be formed. The AK Party repeated several times that it is open to negotiations with all parties

As last week's general elections did not give the ruling Justice and Development Party (AK Party) the opportunity to form a simple majority government, Turkey is now discussing possible coalitions.

Prime Minister Ahmet Davutoğlu has made it clear that the Justice and Development Party (AK Party) will look to form a coalition government first and foremost and then weigh other options, saying that the party is open to negotiations with the other parties. However, the main opposition Republican People's Party (CHP) says it prefers a coalition that excludes the AK Party, a decision that was slammed by its Antalya deputy and former leader, Deniz Baykal, who said all the parties must enter into negotiations with the AK Party, which gained 40.8 percent of the votes in the elections.

On the other hand, both the Nationalist Movement Party (MHP) and pro-Kurdish Peoples' Democratic Party (HDP) do not only reject a coalition with one another, but also show reluctance to form a government with the AK Party.

Prime Minister Davutoğlu said the AK Party was the only party that received votes from every corner of Turkey and from every portion of society in the general elections held on Sunday. He made it clear that calling immediately for an early election is disputing the nation's choice and that they will first rule out every option before it is considered.

"I will sincerely meet with every opposition party. We have no red lines. We always said a coalition is not the best option, but if the people make such a choice, what falls on our part is to do the best with it."

He added that President Recep Tayyip Erdoğan is not involved in coalition negotiations with opposition parties but that he would step in if a crisis emerged.

In his first speech after the elections, Erdoğan urged the four political parties to form a new government as soon as possible, saying that those leaving Turkey without a government will not be able to pay for the consequences. "Everyone should put their egos aside and a government must be formed as soon as possible, within the constitutional process," Erdoğan said, adding that he will do his part to support the parties in forming a government. Regarding the coalition options available to the political parties, Erdoğan hoped that the parties would choose a path of settlement within constitutional boundaries instead of crisis.

The AK Party won its fourth consecutive general election, securing the largest number of votes to claim 258 seats in Parliament, 18 short of a simple majority, according to the unofficial results.

Opposition's divergent response to a coalition

The CHP is keeping silent over a possible coalition with the AK Party on the fourth day after the general elections. The chairman of the party, Kemal Kılıçdaroğlu, said shortly after the election results were clear, that they would not form a government with the AK Party. CHP deputy Haluk Koç said there is no possibility that the CHP will be a part of a coalition government with the AK Party. The next day, Kılıçdaroğlu said his door was open to Prime Minister Ahmet Davutoğlu without offering many details of whether the party is leaning toward a coalition with the AK Party. The same day, the deputy chairman of the party, Sezgin Tanrıkulu, said the party's prior pursuit of forming a coalition would be for one without the AK Party. "We could easily form a government that could usher in a page of restoration with other parties," Tanrıkulu said. Davutoğlu will initially go to the CHP for negotiations over a partnership, a visit that is expected to be followed by visits to the Nationalist Movement Party (MHP) and the Peoples' Democratic Party (HDP), during which the AK Party will convey its priorities.

The MHP released an official statement strictly ruling out any possible cooperation with the pro-Kurdish HDP, referring to the party as a "snake in a bag." It also repeated its stance against sitting at a negotiating table with what it bills as an "extension of the outlawed PKK."

Although analysts believe the most likely partnership is between the MHP and the AK Party, the party's firm opposition to the reconciliation process will also conflict with the latter as it launched the process and has vowed to pursue it until it reaches a conclusion.

The MHP, which raised its votes by 3 percent compared to the 2011 elections, has also ruled out a coalition with the AK Party. The leader of the party, Devlet Bahçeli, late on Sunday said: "The MHP is ready to be a main opposition party to a possible AK Party-CHP-HDP coalition. Snap elections will happen whenever they happen," he added. The MHP received 16 percent of the vote and increased its votes by roughly 3 percent as the rise of the HDP in parallel enhanced votes for the MHP in reaction to Kurdish nationalism.