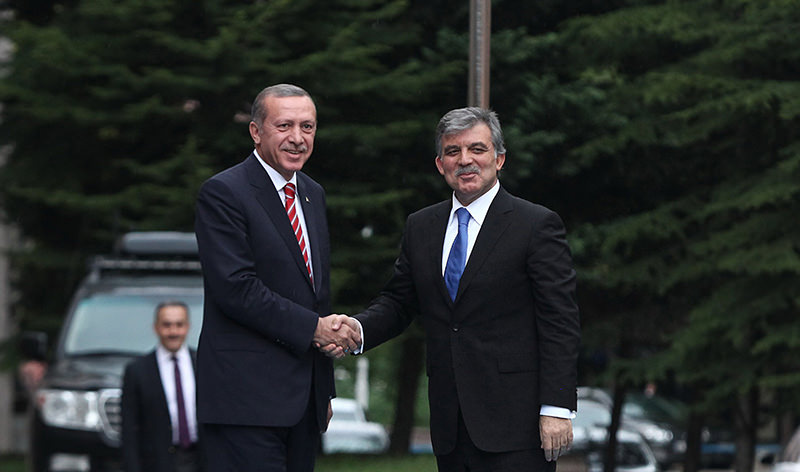 Erdoğan visited Parliament Speaker Cemil Çiçek in his office after the ceremony in Ankara, when he was joined shortly by Gül.

Friday's closed-door meeting comes on the heels of a recently published memoir by Gül's former adviser, Ahmet Sever, detailing disagreements between then-prime minister Erdoğan and Gül during the latter's presidency between 2007 and 2014.

Twelve Years with Abdullah Gül hit the shelves on Monday.

Gül issued a written statement Tuesday rejecting claims that the book was dictated or approved by him, or that it reflected his personal opinions.

"I did not in any way offer any guidance or intervene during the preparation phase [of this book]. Quite the contrary, I even told Ahmet Sever that I was not keen on the idea," Gül said.

Sever, on the other hand, has said that Gül read the whole book, and even made some corrections.

During a live interview aired on Habertürk and Show TV networks late Wednesday, Prime Minister Ahmet Davutoğlu said the book was not worth considering and he did not take it seriously as it "fails to meet the three elements of a good memoir".

"First, the process must be told well. Second, it must be true, not selective and one-sided. Third, it must really have been written as a memoir, including the content, how it is presented and the timing. When a memoir lacks these three elements, I won't take it seriously," he said.

Erdoğan and Gül were both among the founding leaders of Turkey's ruling AK Party.