Turkey's Supreme Election Board says 'can hold polls in 45 days' 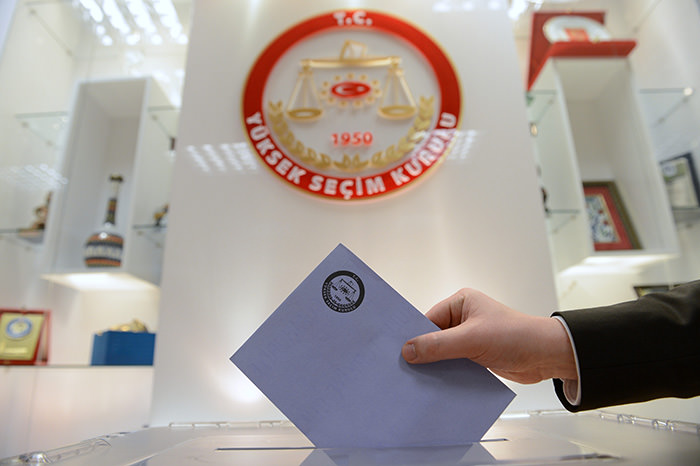 |AA Photo
by Anadolu Agency Aug 18, 2015 12:00 am
Turkey's Supreme Election Board (YSK) can hold polls in 45 days in case of an early election call, a board official told Anadolu Agency on Tuesday.

President Recep Tayyip Erdoğan is expected to make a decision about the early election soon.

According to Turkey's constitution, only the president or the parliament can decide to hold a new election. The polling is supposed to be held in the first Sunday following a 90-day period starting from the end of the first deadline. According to analysts, any new poll is likely to take place in late November; however, Turkey's election board has the power to cut the 90-day period by half, in which case the election can be held as early as October.

Turkey is faced with the strong possibility of being run by a caretaker government ahead of a rerun of the June 7 general election after Prime Minister and Justice and Development (AK) Party leader Ahmet Davutoğlu's efforts to form a coalition government with the other parties in parliament proved futile.

Davutoğlu was given a mandate to form a government by President Recep Tayyip Erdoğan on July 9 as no party won a simple majority in the June election.

Since then, the four parties represented in the parliament -- AK Party, Republican People's Party (CHP), Nationalist Movement Party (MHP) and Peoples' Democratic Party (HDP) -- have been negotiating for a coalition agreement.

The AK Party and the CHP boast the first and second largest parliamentary groups after the June 7 general election, with 258 and 131 seats, respectively. The MHP and HDP have 80 seats each.
Last Update: Aug 18, 2015 8:59 pm
RELATED TOPICS