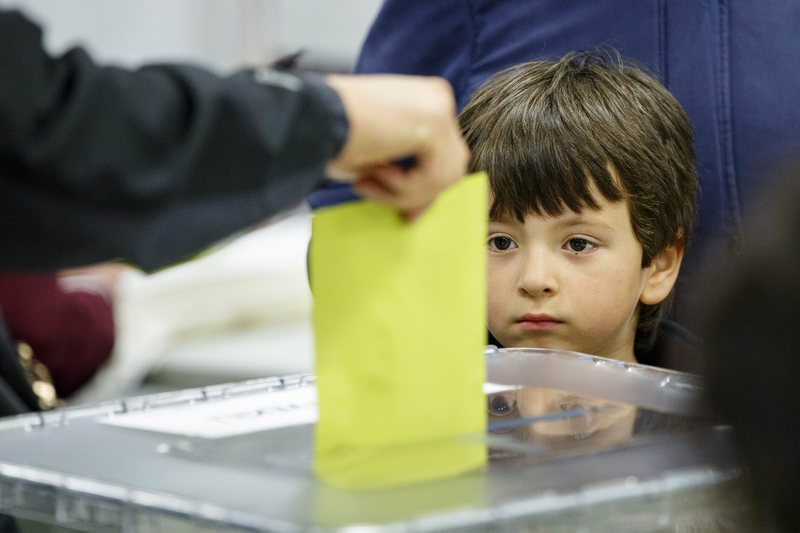 | AA Photo
by Daily Sabah with AA Aug 23, 2015 12:00 am
A 45-day deadline to form a coalition government is ending without any result in Turkey, which will now allow President Recep Tayyip Erdoğan to use his prerogative to call for a new election.

Following the June 7 general election that resulted in no single-party majority, current interim Prime Minister and Justice and Development Party (AK Party) Chairman Ahmet Davutoğlu was asked by Erdoğan to form a new government on July 9 within a 45-day time frame, which ended yesterday.

The leaders of both the CHP and the MHP also announced that they would not name Cabinet members from their parties in the caretaker government. According to the Constitution, when the deadline expires without a government, either the president or the Parliament may decide to hold new elections. If a decision to hold a new election is made, then polling is supposed to be held on the first Sunday following a 90-day period starting from the end of the first deadline. In the event of a decision to hold new elections under Article 116, the Council of Ministers is to resign and the president will appoint a prime minister to form a provisional Council of Ministers.

The caretaker government is supposed to be formed within five days of the publication of the decision to hold new parliamentary elections in the official gazette.

In a potential caretaker government, the AK Party is likely to have 12 ministers, while the CHP – who had the second-highest share of the vote – is likely to have seven ministers and the MHP and the Peoples' Democratic Party (HDP) will have three ministers each.

According to the Constitution, the number of ministers to be taken from political party groups shall be determined by the parliament speaker and shall be communicated to the Prime Minister.

A caretaker government formed by deputies of all four parliamentary parties would not need to be approved by a parliamentary vote of confidence. The key portfolios of the Interior, Justice and Transportation, Maritime Affairs and Communications ministries would be allocated to non-partisan independents. As there is only one independent deputy in the Grand National Assembly, two of the posts would go to non-parliamentarians.
Last Update: Aug 23, 2015 2:04 pm
RELATED TOPICS