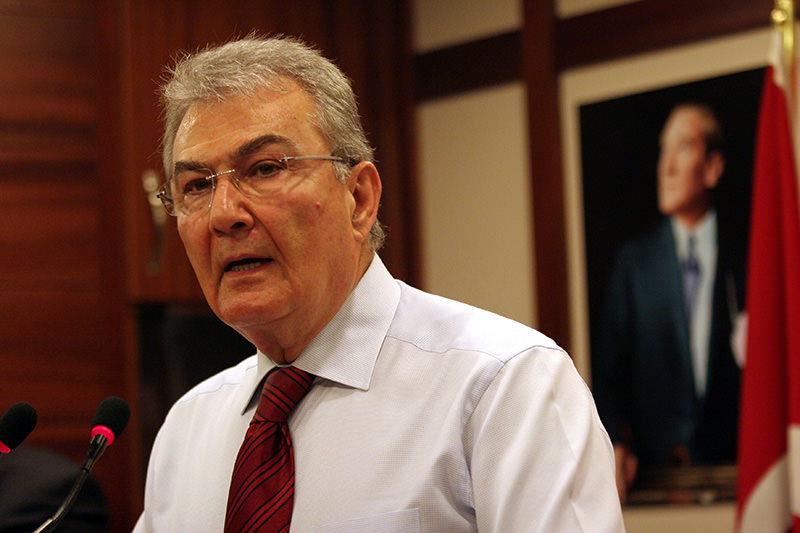 | File photo
by Daily Sabah Aug 27, 2015 12:00 am
Deniz Baykal, parliament's oldest deputy, who headed the CHP until 2010 and was deputy prime minister and foreign minister in the 1990s, rejected on Thursday PM Davutoğlu's invitation to take part in a caretaker government.

Baykal declined the offer with a three-page letter addressed to PM Davutoğlu, saying: "As I have defended our competitor politicians in the past against the laws enforced following the Kenan Evren coup on 12 September [1980], it is now my duty to defend our nation's rights against you."

Baykal had said on Wednesday that he would act in accordance with the party ethics, and give a comprehensive answer later on.

Erdoğan Toprak and İlhan Kesici from Istanbul, Ayşe Gülsün Bilgehan and Tekin Bingöl from Ankara are the other CHP figures offered ministerial seats in the cabinet.

11 members of the opposition, who include five members of the main opposition Republican People's Party (CHP) and three members each from the Nationalist Movement Party (MHP) and People's Democratic Party (HDP), have until 6:00 pm local time on Thursday [today] to accept or decline Davutoğlu's invitation.

The CHP and MHP had been saying all along that they would not take part in an interim government, but the first crack emerged from the MHP front as the party's Vice Chairman Tuğrul Türkeş, son of the party's founder, Alparslan Türkeş, accepted Davutoğlu's invitation on Wednesday.