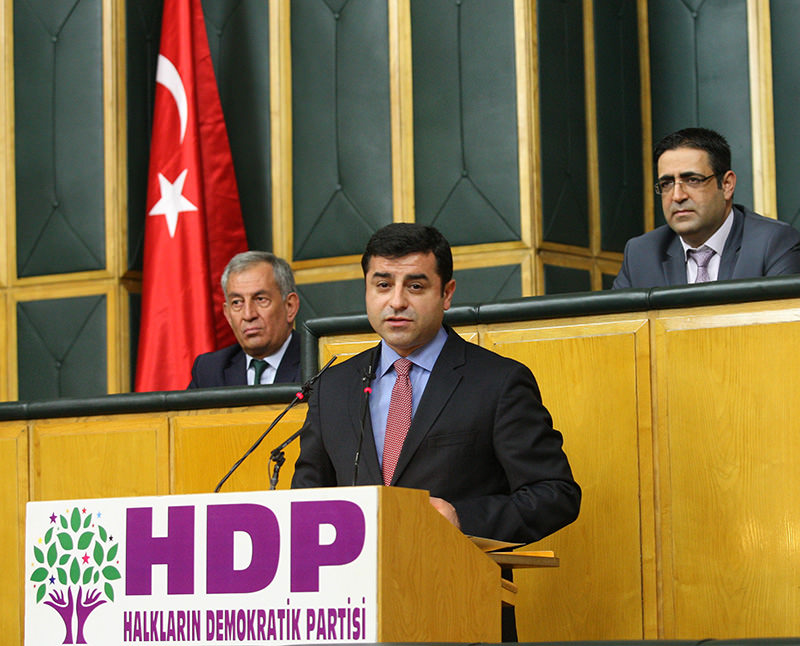 by Daily Sabah Aug 27, 2015 12:00 am
The HDP nominees to whom Prime Minister Davutoğlu had offered a seat in the caretaker government on Wednesday will start their duties, the party's co-chairman Selahattin Demirtaş said on Thursday.

Demirtaş said, "We had announced our decision regarding this issue before. We had gathered our party's central executive committee and finalized our stand."

"We will take part in the caretaker government," he said. Demirtaş made the comments during his visit to Vienna, one day after he met Austrian President Heinz Fischer at his official residence and workplace, the Hofburg Palace.

All of the HDP deputies have the potential to serve as a minister in the interim government, and the three deputies to whom a seat was offered in the parliament will start their duties soon, Demirtaş said.

Levent Tüzel from Istanbul, Müslüm Doğan from İzmir and Ali Haydar Konca from Kocaeli are the three HDP deputies that Davutoğlu invited to join an interim power-sharing cabinet to lead the country to a snap election in November. Talking on a private channel on Wednesday, Müslüm Doğan had said, "We will take the decision of our party as a basis. To participate in an election cabinet [or not], is a decision our party is to make."

11 members of the opposition, who include five members of the main opposition Republican People's Party (CHP) and three members each from the Nationalist Movement Party (MHP) and People's Democratic Party (HDP), have until 6:00 pm local time on Thursday [today] to accept or decline Davutoğlu's invitation.

The CHP and MHP had been saying all along that they would not take part in an interim government, but the first crack emerged from the MHP front as the party's Vice Chairman Tuğrul Türkeş, son of the party's founder, Alparslan Türkeş, accepted Davutoğlu's invitation on Wednesday.