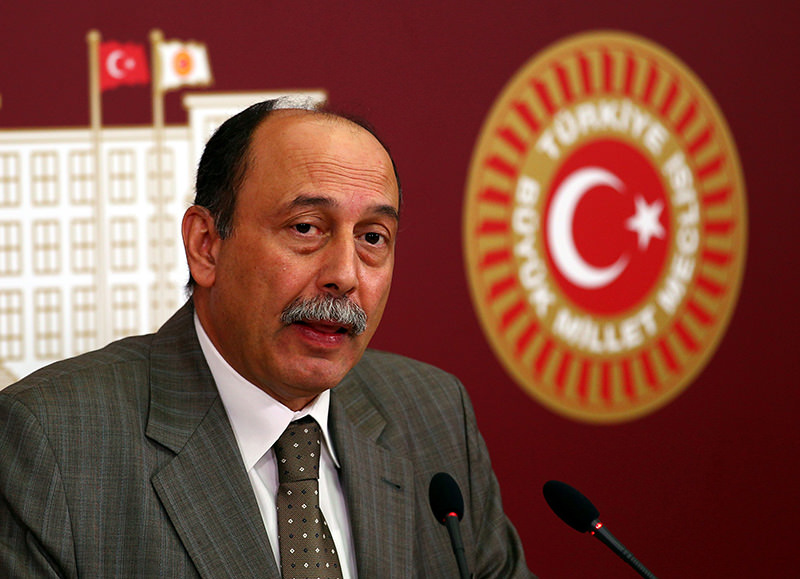 | AA Photo
by Daily Sabah Aug 27, 2015 12:00 am
Peoples' Democratic Party (HDP) deputy Levent Tüzel, who was offered a position at the caretaker cabinet announced on Thursday that he will not accept the offer, despite HDP co-chair Selahattin Demirtaş's statements that all three deputies who received proposals will accept and participate in the caretaker government.

Tüzel, who is one of the founding members of the Labor Party (EMEP) had previously joined the HDP, even though his party splintered from the HDP.

According to a recent statement from EMEP, Tüzel will not participate in the caretaker cabinet, as they claimed the elections were 'forced' by President Erdoğan, disregarding the fact that all parties had shut the doors for a coalition government to be formed following the June 7 elections.

"A government established by the AK Party and Recep Tayyip Erdoğan has nothing to offer to the people of Turkey" the statement claimed, even though earlier in the day HDP's co-chair Selahattin Demirtaş had said that all HDP deputies had the potential to serve as a minister in the interim government, and the three deputies to whom a seat was offered in the parliament would start their duties soon.

Levent Tüzel from Istanbul, Müslüm Doğan from İzmir and Ali Haydar Konca from Kocaeli are the three HDP deputies that Davutoğlu invited to join a caretaker cabinet to lead the country to a snap election in November.