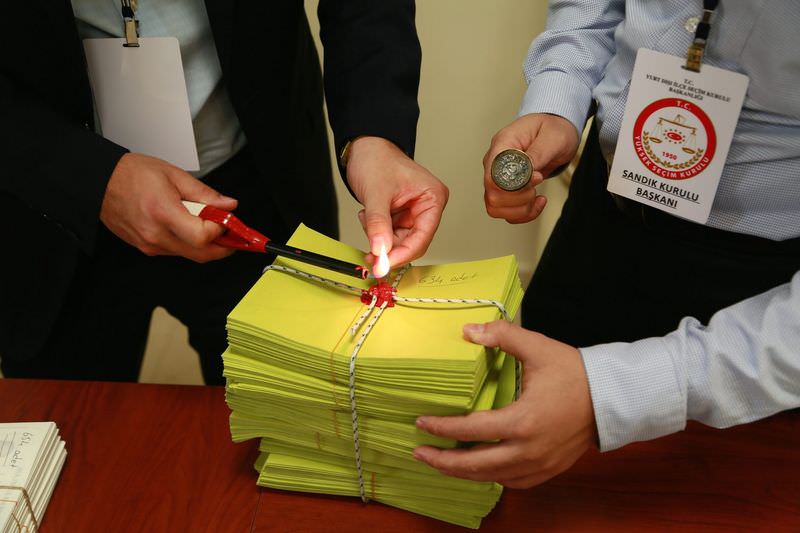 by Daily Sabah Sep 14, 2015 12:00 am
With less than two months left until the early parliamentary elections, Supreme Election Board (YSK) President Sadi Güven spoke to the media on Sunday and said that political parties have significant importance at all stages of the elections. Güven urged political parties to protect the election ballots during the Nov. 1 elections and stressed that they should first educate their party members and then send them to balloting locations.

Güven said, "Duplicate registration of voters is not possible." He emphasized that there had not been any solid objection from any political party or any other organization regarding duplicate voter registration in the previous elections.

As Turkish citizens living abroad will be able to start voting on Oct. 8, and the ballots will be sealed and transported to Turkey by diplomatic courier, Güven announced the official number of voters abroad and within the country: "As of Sept. 11, 2015, there are 54,075,851 voters in Turkey and 2,895,885 voters abroad. There will be approximately 173,672 ballot boxes in Turkey." According to a Washington-based Pew Research Center report, elections in Turkey have the second-highest voter turnout among Organization for Economic Co-operation and Development (OECD) countries.

Although 29 political parties are eligible to participate in the upcoming Nov. 1 elections, Güven said that the Democratic Progress Party (DGP), Labor Party (EMEP) and Freedom and Solidarity Party (ÖDP) are not participating in the elections. In addition, the order of political parties on the ballot paper has been announced with the Republican People's Party (CHP) in the fourth position, the Nationalist Movement Party (MHP) in the 13th position, the Peoples' Democratic Party (HDP) in the 17th position and the Justice and Development Party (AK Party) in the 20th position.