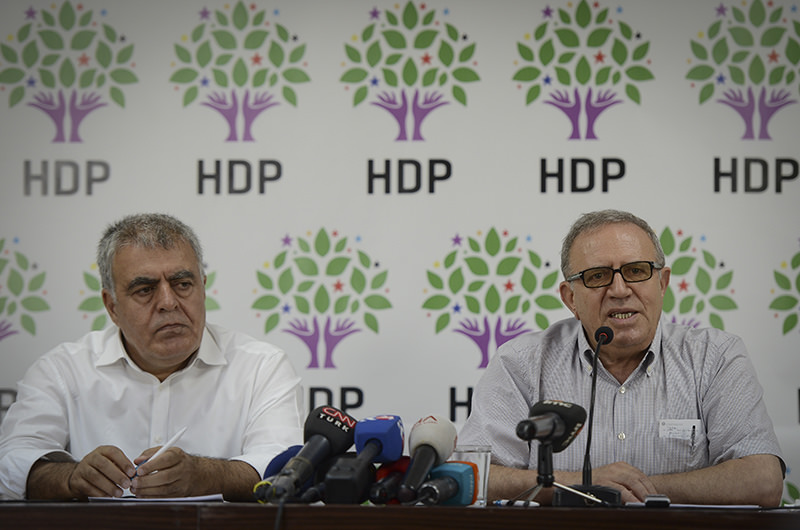 During their press meeting on Tuesday, regarding their reasons for leaving the posts, both ministers criticized the Justice and Development Party (AK Party) and the government, though abstained from voicing any criticism for the PKK's deadly attacks in the country's southeastern provinces since the break of the cease-fire in July. "Due to negativities in carrying out the de facto duty, we resign from our posts today," Konca said. When asked if he considers PKK's terrorists attacks as a "fight for freedom," Konca and other HDP deputies left the press conference without answering the question.

Following the ministers' resignation, just before the press meeting, a statement made by the prime minister's office said, "Mr. Prime Minister thanked them for taking part in the election government as a requirement of constitutional obligation and said leaving was also their own decision. A commissioning will be made soon." Müslüm Doğan from İzmir and Ali Haydar Konca from Kocaeli were the HDP deputies who accepted Prime Minister Ahmet Davutoğlu's invitation to join an interim power-sharing cabinet to lead the country to a snap election in November.

After accepting the proposal, Prime Minister Davutoğlu described the development as "a test for them." He said the EU affairs portfolio, which also carries responsibilities as Turkey's chief negotiator on EU entry, would be "testing" and a "confrontation" for the EU. "Some [EU member state] ministers who criticize Turkey and claim Turkey lacks freedoms will have contact with an HDP minister," he said. The appointment would demonstrate democracy in Turkey as the HDP has "the most contrary views in Turkey," Davutoğlu added.

The prime minister said Development Minister Müslüm Doğan's role would also prove challenging as it could bring the HDP into conflict with the PKK, which is listed as a terrorist group by Turkey, the EU and U.S.

Meanwhile regarding the appointment for the two offices, two names shine out for the ministry. Sources said Beril Dedeoğlu, the head of the Deparment of International Relations in Faculty of Economic and Administrative Sciences of Galatasaray University is seen as an appropriate candidate for the EU Ministry chair, while Cüneyt Düzyol, the undersecretary of the Development Ministry, is expected to take the ministry chair.