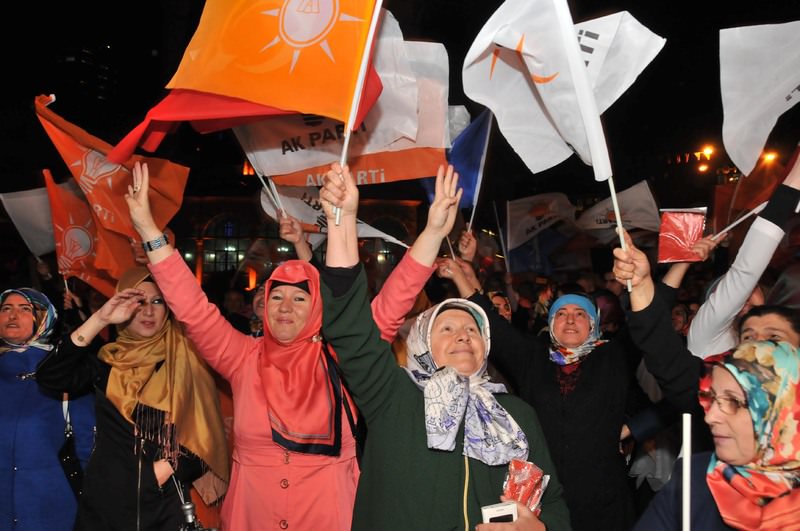 by daily sabah
Nov 01, 2015 12:00 am
Sunday's election has been a great victory for the Justice and Development Party (AK Party), which has secured four more years after having ruled the country for 13 years. In the northern regions of the country, the victory was even more visible for the party.

In the Black Sea region of Turkey, the winner of the election has been AK Party. In the biggest city of the region, Samsun, AK Party increased its votes by almost 11 percent compared to June 2015 general elections, gaining 63,5 percent of total votes in the coastal city. In one of the biggest cities in the region, Trabzon, AK Party also increased its votes by 11 percent compared with the last election, totalling 66 percent of the ballots cast.

In President Erdoğan's hometown, Rize, AK Party has again strengthened its power, making a nine percent increase in its votes, reaching 75 percent. In Güneysu district of the city where the President is originally from, AK Party gained a four percent increase, reaching a staggering 89.4 percent of the total votes in the district.

The Nationalist Movement Party (MHP) which has a prominent voter base in the region was defeated in many provinces of the Black Sea. In Erdoğan's hometown Rize, the party lost over 3 percent of its votes.

In Samsun, the party lost over 5 percent of its votes compared to last June's general elections.

Trabzon was a bigger defeat for the party as 8 percent of nationalist votes decreased.

An eastern city close to the region, Ardahan saw a major change in the share of the votes. The pro-Kurdish Peoples' Democratic Party (HDP) was the winner of June 7 general elections in the city. Nevertheless, the party lost almost 8 percent of its votes in the city, and ranked third. AK Party increased its votes by 10 percent in the city, and gained the most votes with the social democrat Republican People's Party (CHP) also increasing its votes by 6 percent, ranking the second.
Last Update: Nov 01, 2015 10:24 pm