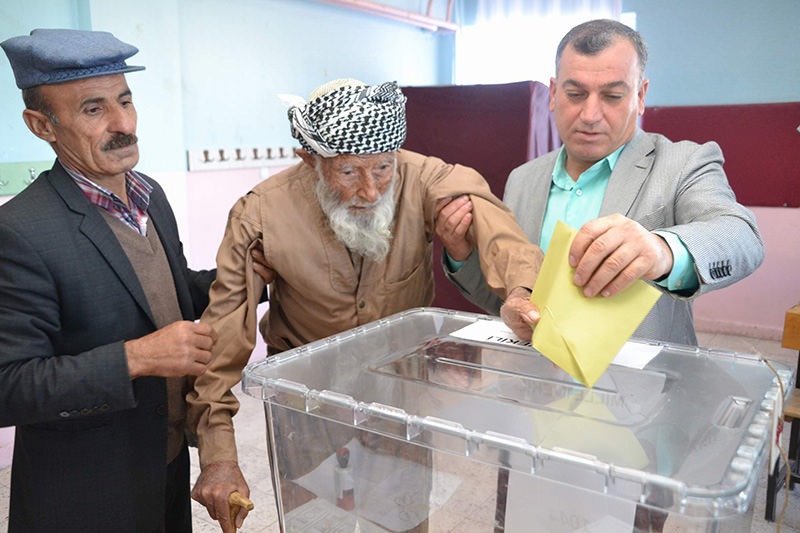 | IHA photo
by daily sabah
Nov 01, 2015 12:00 am
Turkey's oldest voter Mehmet Esen went to the polls on Sunday in his hometown of Eruh, located in southeastern Turkish province of Siirt. Esen cast his ballot with the assistance of his grandsons.

Esen, who is reported to be over 100 years-old byTurkish media outlets, told reporters present at the polling station where he cast his vote, that his grandchildren provided assistance for him and took him to the polls. He said he hoped Turkey's 26th general elections would bring Turkey peace, tranquility, and brotherhood.

"We have not lost our ways since the time of Prophet Muhammad as long as we have been sticking to Quran… Islam declared us as brothers," he said.

More than 54 million Turks went to the polls Sunday to vote in the parliamentary elections. Nearly a million Turks living abroad have already cast their ballots in 113 embassies and consulates.

Of the 16 parties registered to contest the election in 81 provinces, parties that pass the 10 percent threshold will gain seats in the assembly.