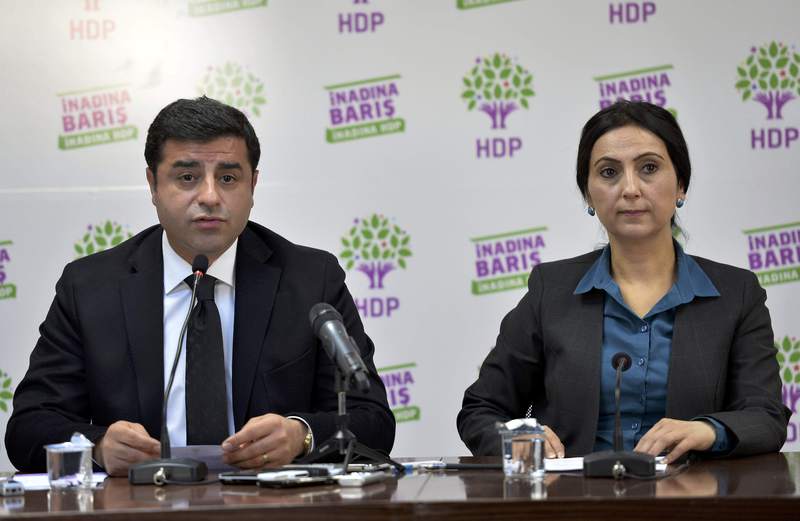 by Anadolu Agency
Nov 02, 2015 12:00 am
The Peoples' Democratic Party (HDP) lost nearly a million votes since the June general election, according to the initial results of Sunday's election rerun.

With 99.18 percent of the vote counted, the Justice and Development (AK) Party took 49.38 percent, which translated to 316 parliamentary seats in the 550-seat Grand National Assembly.

During the June election, the HDP passed the 10 percent threshold for the first time with 13.07 percent of the vote to take 80 seats.

In Istanbul, the HDP's number of seats fell from 10 to seven. It also came second to the AK Party in northeastern Kars and Ardahan provinces, having come first in June.

Turnout was 85.69 percent across the country.

The preliminary results were released after Turkey's Supreme Election Board lifted a broadcast ban at 7 p.m. local time (1600GMT).