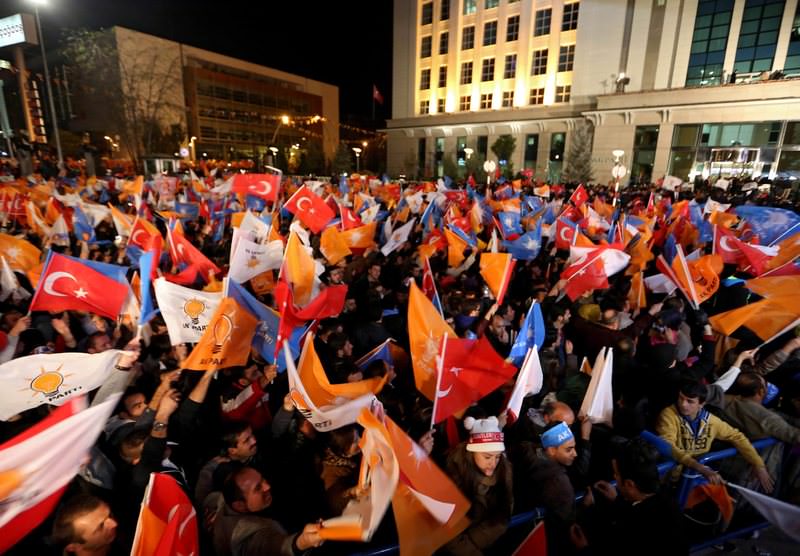 by Daily Sabah Nov 11, 2015 12:00 am
Turkish Heritage Organization (THO), a United States-based non-profit organization, organized a panel, titled "Impact of Turkey's Election Results on Turkish-American Relations", on Nov. 6 via teleconference with Professor Michael Gunter from Tennessee Technological University, the Secretary-General of the EU Turkey Civic Commission (EUTCC) in Brussels and an expert on the Kurdish issue, and German Marshall Fund Senior Fellow Dr. Joshua Walker.

"The Turkish people have decided that they want four years of stability," Walker said and added: "Turkey has voted for domestic stability."

Dr. Walker highlighted the importance of German Chancellor Angela Merkel's visit to Turkey prior to the elections and said that in the post-Nov. 1 elections period, the relations between Turkey and the EU will enter a new phase.

Furthermore, Turkey's humanitarian efforts were praised by Dr. Walker who also said that more support for the Syrian refugee crisis is an area which the EU, U.S., and Turkey can work to build a strong cooperative relationship.

Professor Gunter echoed Dr. Walker's comments on the Nov. 1 election results and said that the results clearly showed voters felt that only the AK Party had a proven ability to stop the violence and the economic decline.

He also spoke on the renewed violence and its relationship with economic growth, saying that without peace, economic stability will be difficult. He also commented that the Kurdish population is a force supporting the peace process saying, "Kurds want to see a peace process-they don't want to see fighting."

Joshua Walker also supported Professor Gunter saying: "The PKK needs to understand that there is not a military solution. The only solution is a political compromise."

Highlighting the differences between Turkey's foreign policy in Syria with the U.S., Dr. Gunter said that Turkey continues to be concerned about U.S support to Kurdish units in Syria.

Dr. Walker suggested that the upcoming G20 meeting in Turkey should be utilized as a platform by U.S. Administration to expose their will regarding having Turkey on the table for all regional matters. Russia's involvement in the Syrian crisis has also been a new opportunity to strengthen the U.S. – Turkey relations.

In addition, the U.S. relations with the Kurds should also be held as a delicate matter and the U.S. should take into consideration Turkey's concerns.

Commenting on Turkey's reconciliation process, "Washington has to be involved in the peace process without getting involved in Turkey's domestic politics," said Dr. Walker.