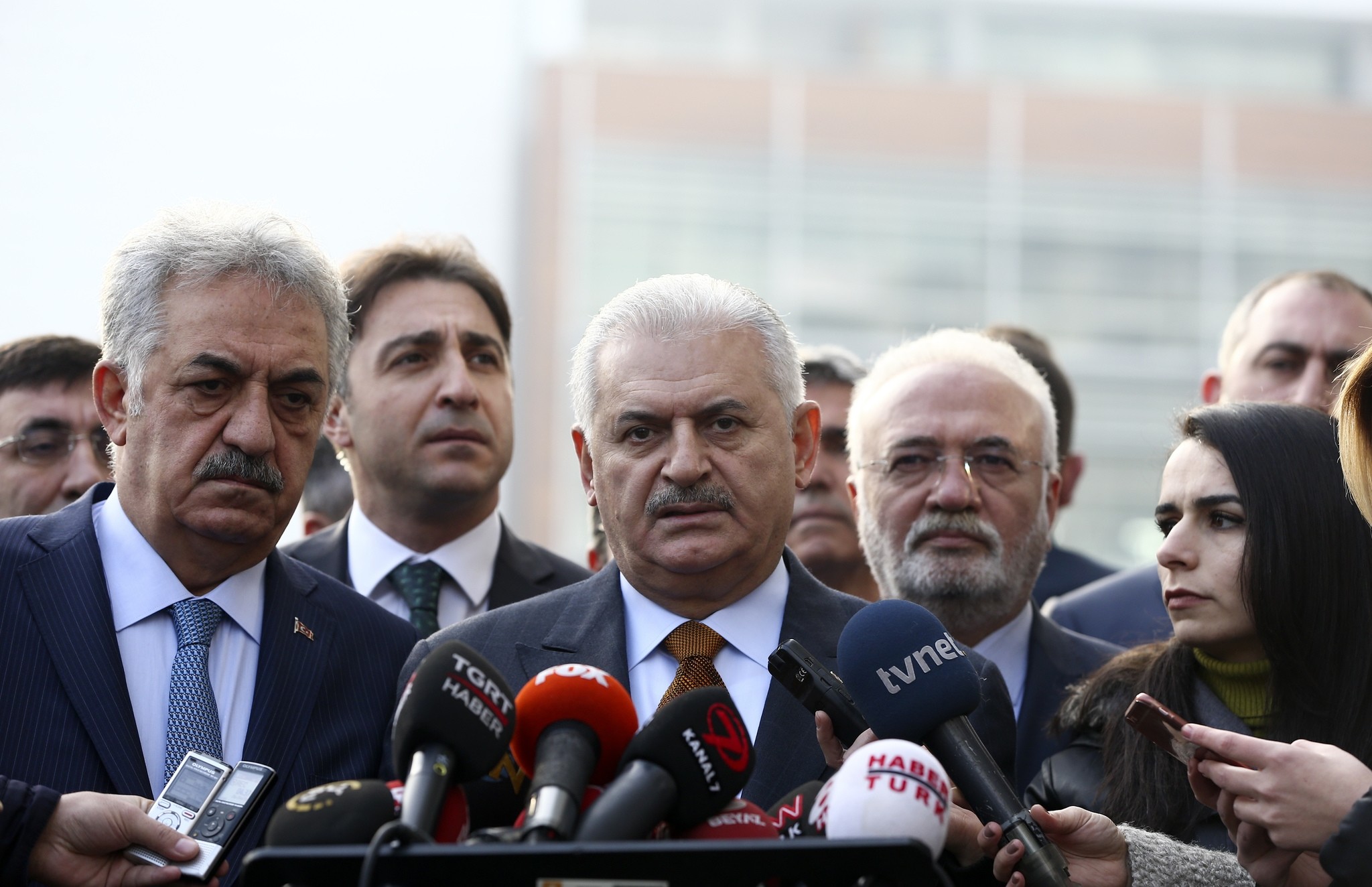 Ahead of the ruling Justice and Development Party's (AK Party) Central Executive Board (MYK) meeting on Tuesday, Prime Minister Binali Yıldırım ruled out claims of a possible snap election saying they are "efforts to create concerns about Turkey's stability."

Meanwhile, main opposition Republican People's Party (CHP) Parliamentary Group Deputy Chairman Özgür Özel claimed last week that "instead of initiating a regime change, the CHP fully supports snap elections." In response, Prime Minister Yıldırım ended the talks and said, "Elections are to be held in 2019 as planned. There is no need to cause uncertainty over the stability of the country by making snap elections the country's current issue. Our citizens and business community should continue their plans and not delay their investments because stability continues here. Turkey is to continue take devoted steps on the economy, especially in employment and development growth areas."

Touching on today's second round of voting in Parliament on the constitutional amendment package, Yıldırım underlined that he expects "no surprises" during today's talks. "There will be no surprises at all. The AK Party is as solid as a rock as we aim to make Turkey's new constitution. This change is of course something we are making together with the MHP. The result of the first round will also be the same during the second round. We have no concerns over the referendum matter once the Parliamentary process is finalized,"Yıldırım added.

The General Assembly concluded the first round of voting on all 18 articles of the constitutional amendment package in the late hours of Sunday. All the articles passed the threshold. They will now be voted on as a bundle in the second session of the discussion, which is expected to take place today. The same limit of 330 votes will be sought for the bundle and failure to achieve it will result in the dismissal of the amendment.

Right after Bahçeli's remarks, President Recep Tayyip Erdoğan said that a snap election is possible if Parliament becomes dysfunctional. "When we founded our party 14 years ago, I said that 'the era of coalitions is over.' We thought snap elections are not preferable. However, if Parliament becomes dysfunctional, it will be considered,"Erdoğan said on Friday.

Although the possibility of snap elections seem unlikely according to experts, there are a few scenarios in which holding snap elections could be possible, each affecting the political environment differently.

One of these scenarios is that if Parliament fails to reach 330 votes in the second session of the discussion, and the government decides to hold snap elections.

According to Istanbul-based A&G research company President Adil Gür if the constitutional bill fails to reach 330 yes votes there will be a snap election. Mr Gür said, "I think the bill will pass through Parliament and will easily get a majority yes vote in the referendum."Gür added that if Parliament fails to pass the bill and a snap election is called, the AK Party would increase its votes and seats.

Hurriyet columnist Abdülkadir Selvi said in a scenario in which the package fails to pass through Parliament, people would reward yes-voting parties in a snap election. "People would react more or less the same as they reacted in the July 2007 elections," he said, referring to the July 22 Turkish general elections, which were originally scheduled for November, but were held in July after Parliament failed to elect a new president. Regarding the scenario, Burhanettin Duran, director of the Ankara-based Foundation for Political, Economic and Social Research (SETA) told Daily Sabah, "The AK Party would decisively win a snap election in such a scenario."

The third scenario is, if the bill passes through Parliament and gets a simple majority. What kind of political atmosphere would be expected in such a scenario? Duran argued that snap elections are not likely in this scenario since "Erdoğan and Yıldırım are working in perfect coherence." For Gür, it is unlikely that the government would go for a snap election if the referendum results were close to each other.