President Erdoğan ratifies changes, referendum likely to be on April 16 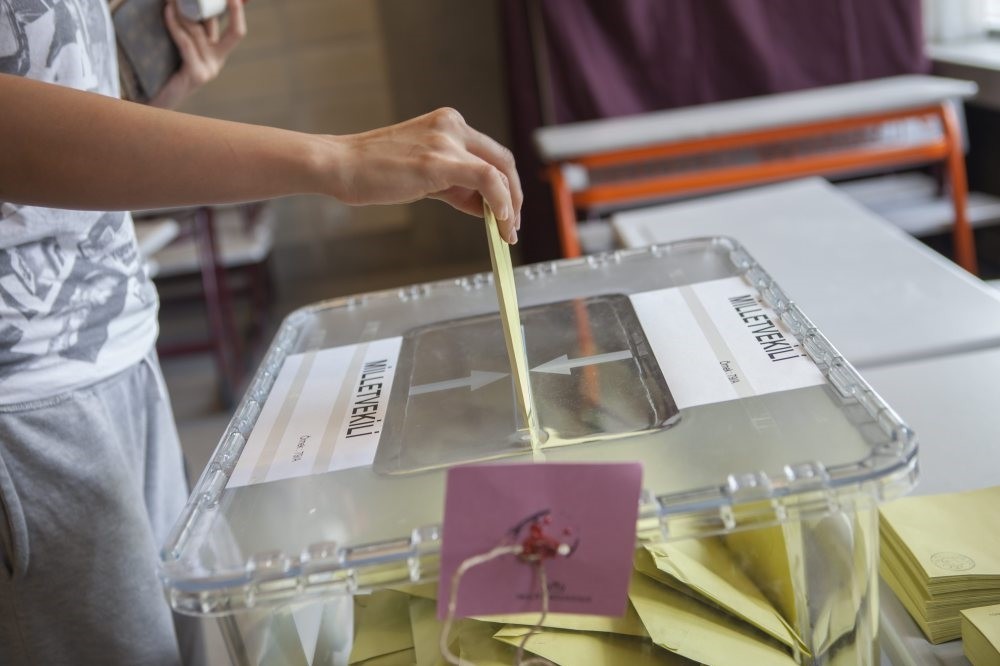 A referendum is likely to be held on April 16 after President Erdoğan on Friday approved the constitutional changes. The president said that Turkey will get rid of its ‘shackles' if people vote yes in the referendum

President Recep Tayyip Erdoğan ratified the constitutional reform package on Friday, paving the way to a referendum likely to be held on April 16. After Parliament approved the constitutional amendments on Jan. 2 with deputies completing two rounds of voting on 18 articles, the changes were presented to President Erdoğan, who decided on Friday to take the changes to a referendum. A total of 339 deputies had voted in favor of the package, which required a referendum. The constitutional reform and the change to a presidential system have been on the political agenda since Erdoğan, a former prime minister and leader of the Justice and Development Party (AK Party), was elected president in August 2014. This marked the first time a Turkish president was directly chosen by a popular vote. Addressing a large crowd in central Aksaray province on Friday, President Erdoğan said that Turkey will "get rid of its shackles" with the new referendum. Underlining that the referendum for constitutional changes will be held on April 16, Erdoğan emphasized that the people of Turkey will be "free of its shackles" if they vote yes in the referendum.

"The executive presidential system that will be brought with the constitutional changes will strengthen Turkey's struggle toward reaching its goals by protecting the country's unity and brotherhood," he asserted.

Prime Minister Binali Yıldırım addressed large crowds as well in Aksaray province. He called on the people to "make history on April 16 by voting yes" in the referendum. Yıldırım urged citizens to vote yes in the referendum "for a brighter future and a stronger Turkey."

The president said that he hopes the people of Turkey will stand strong against terrorist groups. Erdoğan said that people will say yes in the referendum in the face of the collaboration of the PKK, the Revolutionary People's Liberation Party-Front (DHKP-C) and other terrorist groups.

The constitutional reform referendum will possibly be held on April 16, Justice Minister Bekir Bozdağ said on Thursday. On Friday, Deputy Prime Minister Numan Kurtulmuş reiterated that April 16 appears to be the most likely date on which the referendum will be held.

The changes have been subject to harsh criticism from the Republican People's Party (CHP) and the pro-PKK Peoples' Democratic Party (HDP). Both parties have already announced that they will vote against the constitutional changes in the referendum.

The CHP and the HDP claim that the changes will usher a one-man era in Turkey. However, both President Erdoğan and Prime Minister Binali Yıldırım vehemently reject the claims.

Rebuffing claims that all powers will be in the hands of one person, Erdoğan said on Wednesday that Turkey, in fact, will experience a crisis-free period. "We will tell the truth faster and we will help it spread faster," Erdoğan said.

The Gülenist Terror Group (FETÖ) and the PKK terrorist group have been against the constitutional changes as well. Duran Kalkan, senior leader and one of the five founders of the PKK, urged every social group in Turkey to vote "no" in the upcoming referendum for the recently accepted constitutional amendment package that would allow the country to switch to a presidential system.

Gülenist figures have been quite active in their campaign to lure people into voting "no" in the referendum. Prime Minister Yıldırım stressed that FETÖ, the PKK, the CHP and the HDP have joined forces against the constitutional changes.

Bahçeli has come under heavy fire for his support to the AK Party in its bid to pass the constitutional changes in Parliament. Also, speculations swirled in Turkish media outlets that the MHP was divided on the issue.

However, there was no conflict within the MHP during the voting in Parliament. The support that Bahçeli had pledged prior to the vote helped the AK Party take the changes to a referendum.

The proposed law gives executive powers to the president and vice president while abolishing the post of prime minister. It also lowers the age of candidacy for Parliament from 25 to 18 and increases the number of parliamentarians from 550 to 600 in accordance with the country's growing population. The number of the Constitutional Court members will also be decreased from 17 to 15.The same law also proposes general elections be held every five years, instead of the current four years, with the presidential election will also to take place on the same days.

Aside from the change to an executive presidency, other reforms include allowing the president to maintain party political affiliation. There are also changes to Turkey's highest judicial body, which would be renamed while retaining its independence and own budget.The reform package sets 2019 as the date for Turkey's next presidential and parliamentary elections.
RELATED TOPICS