Referendum on constitutional reform to be held on April 16, top election board YSK says 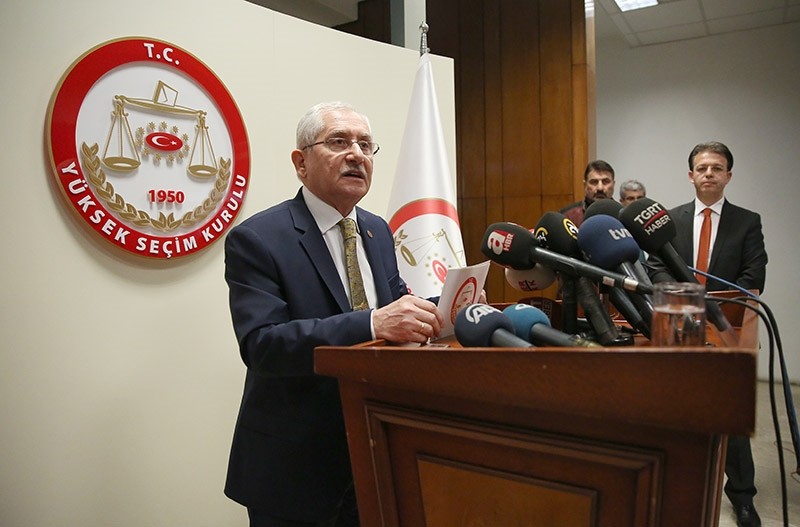 Turkey's referendum on constitutional reform will be held on Sunday, April 16, Turkey's Supreme Election board (YSK) announced on Saturday.

YSK President Sadi Güven said that there will be around 164,000 ballot boxes available for the registered 55.3 million voters within Turkey.

Voting at Turkey's foreign missions will be carried out between March 7 and April 9, while voting at customs station will take place from March 27 to April 16.

As there is no difference between Turkish citizens who live abroad voting at customs stations or at Turkey's foreign missions, there will only be one electoral district outside of Turkey, the YSK President announced, giving those citizens the opportunity to choose their preferred ballot box.

The ballot papers will be made out of a white section featuring "yes" and a brown section for "no."

A total of ten political parties will be allowed to have their representatives at ballot boxes during the referendum, Güven said.

President Recep Tayyip Erdoğan and Prime Minister Binali Yıldırım previously signaled on Friday, that the referendum was likely to be held on April 16.

Parties are expected to launch their campaigns to promote their views on constitutional in change soon.