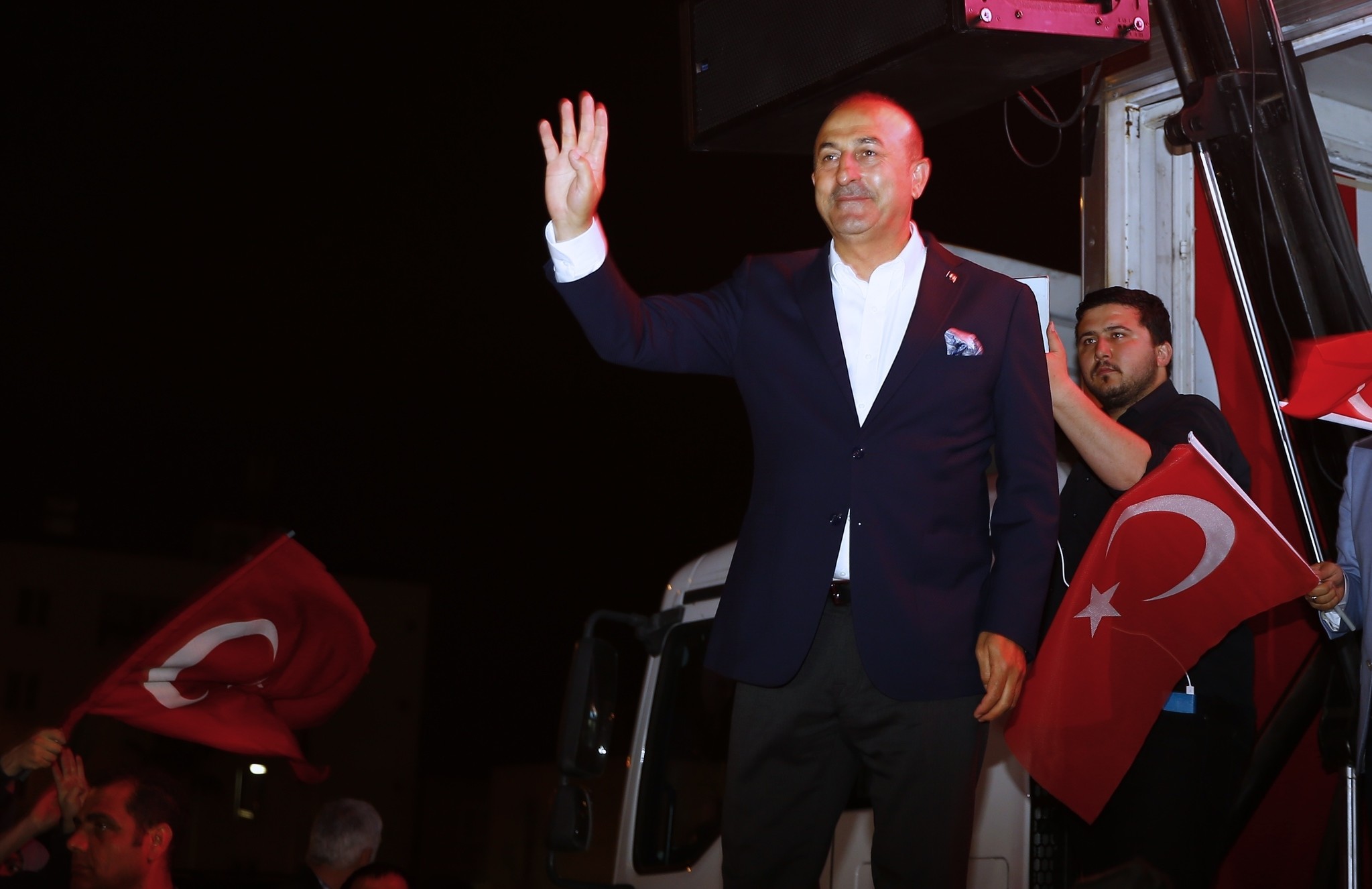 Speaking in the southern Antalya province, Foreign Minister Mevlüt Çavuşoğlu said there was a "new Turkey in the true sense" after Sunday's referendum outcome.

Giving a speech to a crowd of spectators who had assembled at the provincial headquarters of the ruling Justice and Development (AK) Party, Çavuşoğlu said, "As of now, there is a new Turkey. There will be stability and trust in the new Turkey. In this new Turkey there will be reliance -- the goals of 2023, 2053 and 2071 will be reached."

Thanking his fellow campaigners, governance organizations, volunteers at the ballots boxes and everyone else who had worked towards the realization of the referendum, the minister said, "I thank all my fellow campaigners, who in a self-sacrificing fashion, without pursuing any interest, worked for the sake of the auspicious journey, for the sake of the Turkish Republic, the homeland, the people, the flag and the state. To work together with you, shoulder to shoulder, to embark together with you on this beneficial journey, is an honor, a privilege to us."

As unofficial results started to reaffirm the victory of the 'Yes' campaign, citizens began pouring onto the streets, waving flags and holding portraits of President Recep Tayyip Erdoğan.