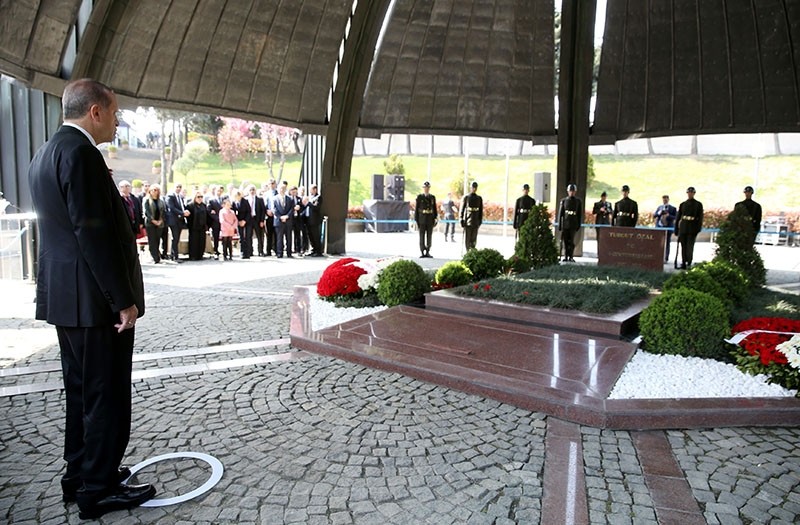 President Recep Tayyip Erdoğan paid visits to the mausoleums of late leaders of the country on Monday after winning a vote at Sunday's referendum on constitutional changes.

Menderes was Turkey's ninth prime minister, who was executed following a bloody coup in 1960, which came to symbolize a dark period in Turkish history.

In the Feb. 28, 1997 "post-modern coup", the military effectively deposed Erbakan as prime minister after less than a year in office, leading to the collapse of his coalition government.

Turkish voters went to the polls on Sunday to decide whether to approve changes to the country's constitution that would usher in an executive presidency.

According to unofficial results, the Yes campaign won on 51.41 percent, while the No votes stood at 48.59 percent. Voter turnout was 85.46 percent.