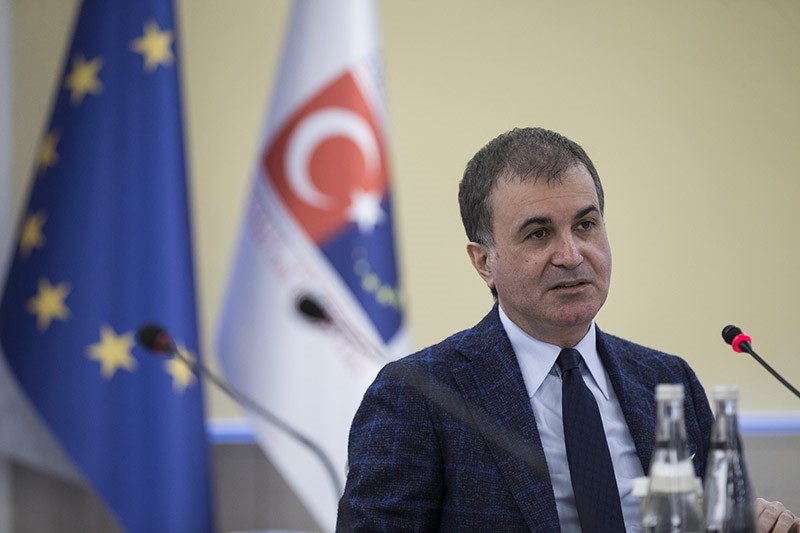 EU Minister and Chief Negotiator Ömer Çelik yesterday slammed racist comments made by some politicians in European countries that said "send back" Turks who voted "yes" in Turkey's constitutional referendum.

Speaking at ministerial building in Ankara, Minister Çelik called on European politicians to take action against these racist remarks against Turkish people.

Emphasizing that Turkey fulfilled its duty regarding the migrant deal despite the European Union failing to keep its promises, Çelik said that bilateral relations between Ankara and the bloc should be carried out in an objective perspective.

"It is not possible to continue with an anti-Erdoğan discourse being dispensed all the time," he said.

The deal included a 6 billion euro aid package to help Turkey care for the millions of refugees hosted in the country. However, according to government sources Turkey has only received 677 million euros so far.

The agreement also allowed for the acceleration of Turkey's EU membership bid and visa-free travel for Turkish nationals within the Schengen area that comprises most EU states. However, the EU also failed to hold up this promise as well.

Meanwhile, Çelik also drew attention to the lack of support from EU countries after the failed July 15 coup attempt which caused death of 248 people. The coup was perpetrated by officers loyal to Gülenist Terror Group (FETÖ) and its leader Fetullah Gülen, who resides in the U.S.