CHP rules out emergency caucus, regular caucus to be held on time 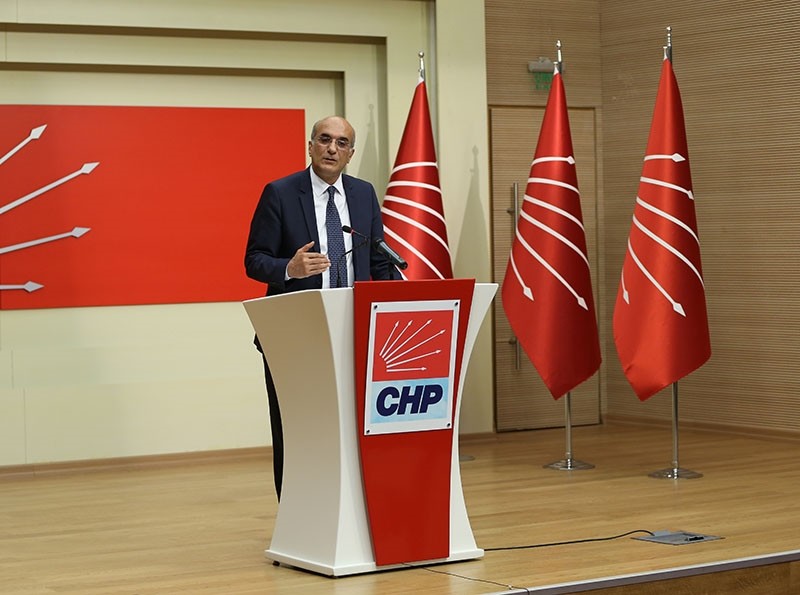 CHP Vice Chairman Tekin Bingöl announced Wednesday in a news conference that the party's central executive board launched necessary procedures for the party's 36th leadership caucus. Bingöl said that the date would be determined by the party caucus.

The party carried out its 35th leadership caucus on Jan 6-7, 2016, and the party bylaws state that leadership caucuses are held every two years. Accordingly, the next caucus should be held in Jan. 2018.

Speaking before Bingöl, party spokesperson Selin Sayek Böke said that Mersin Deputy Fikri Sağlar was referred to the party's disciplinary board. Following April 16 referendum on constitutional reform, in which the "No" campaign led by the CHP received 48.6 percent of the votes, Sağlar criticized Chairman Kemal Kılıçdaroğlu for his conduct of the campaign and the party in general.

A veteran politician and one of the prominent figures of the party's left-wing deputies, 64-year-old Sağlar also hinted that he might run for candidacy.

Yalova deputy and former CHP parliamentary group chairman Muharrem İnce, who ran against Kılıçdaroğlu in 2014, also called for an emergency caucus to be held in recent remarks.

Antalya deputy and former chairman Deniz Baykal said Monday that Kılıçdaroğlu should run for CHP chairmanship if he is to announce his candidacy for presidential elections in 2019, otherwise, should refrain from running for chairmanship.