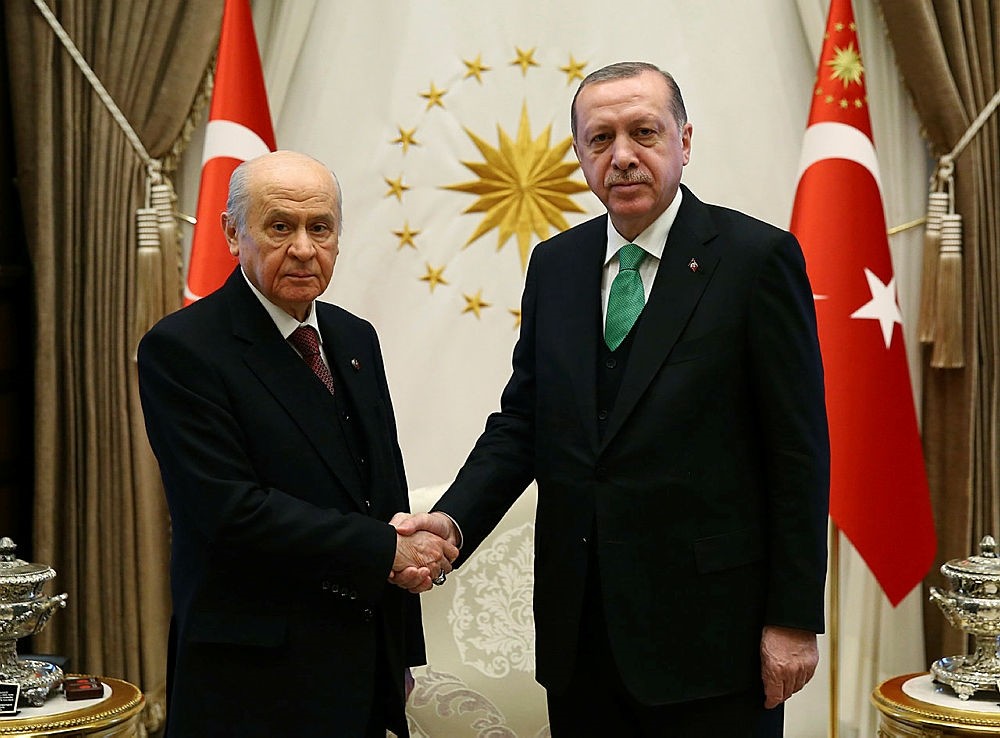 The AK Party and MHP decided to form an alliance when Bahçeli announced that he would not run for the presidency and would instead support Erdoğan. Since then, the two parties have ramped up their efforts to find common ground to enter the presidential elections in 2019 with an alliance.

The commission set up between the parties is expected to focus on the constitutional changes that need to take place for the new presidential governing system.

Parliament's Constitution Committee Head Mustafa Şentop said a 26-article bill signed by both AK Party and MHP will be presented to the Parliament on Wednesday.

President Erdoğan will convene the commissions working on the adjustments in March and the sub-commissions will finalize their works by April.

The sub-commission that is focusing on the regulations for local elections has already completed its work and will make a presentation about the local administrations next week in Parliament. The changes that are made will go into effect in the local elections to be held March 2019.

Following the constitutional changes that were approved in the April 16 referendum, adjustment laws and changes to the electoral system have become a must.

There were rumors in the media that other parties may join the alliance. Amid such talks, Erdoğan met Felicity Party Chairman (SP) Temel Karamollaoğlu at the AK Party's headquarters in Ankara. However, Karamollaoğlu did not elaborate on the possibility of an alliance.

"We shared our opinion on adjustment laws and discussed recent political developments," he said after the meeting.