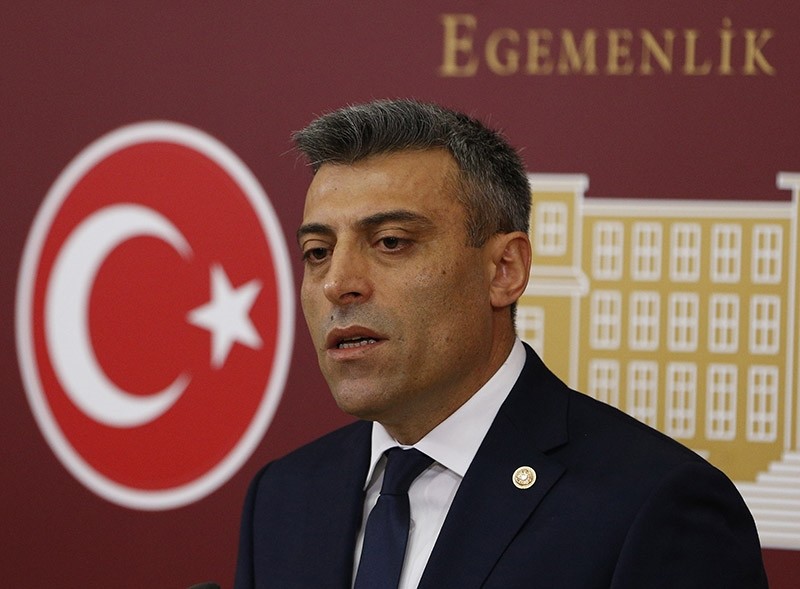 Main opposition Republican People's Party (CHP) Deputy Chairman Öztürk Yılmaz said Friday he will run for presidency if the party's Chairman Kemal Kılıçdaroğlu will not stand as candidate in the upcoming elections.

"I'm not afraid of anyone. I haven't done anything that I cannot explain," Yılmaz said while announcing his candidacy hopes, adding that he wants to wake up to a new "summer" the day after the elections, implying the reason he wants to run for office.

The CHP has not yet revealed its presidential candidate who will challenge President Recep Tayyip Erdoğan in the early presidential and parliamentary elections scheduled for June 24.

Speaking to Turkish news channel NTV regarding the issue, CHP Deputy Chairman Engin Altay said he learned about the candidacy from television while underlining, once again, that the party's candidate is yet to be determined.

"Any party member can be nominated as a candidate. The council of the party will determine and decide everything," Altay emphasized.

The ruling Justice and Development Party (AK Party) and opposition Nationalist Movement Party's (MHP) formed the People's Alliance backing Erdoğan, while Good Party (IYI Party) Chairman Meral Akşener announced Wednesday that she will run too if she gets 100,000 signatures backing her candidacy.

CHP Chairman Kılıçdaroğlu previously underlined that that his party was ready to go to polls, saying "2018 will be the year of democracy."

The CHP has received about 25 percent of the votes in parliamentary elections in the past decade.

President Erdoğan announced Wednesday that presidential and parliamentary elections, which were originally set for November 2019, would be held on June 24.

The decision came after a meeting with MHP Chairman Devlet Bahçeli, who had proposed early elections on August 26, 2018.

Being a former diplomat of the Foreign Ministry, Yılmaz worked as Turkey's consul general of Mosul and Turkish envoy to Tajikistan. On June 11, 2014, he was held hostage by Daesh with 43 other people for 101 days following a raid on Turkey's Mosul Consulate by the terrorist organization. He was set free in September 2014.