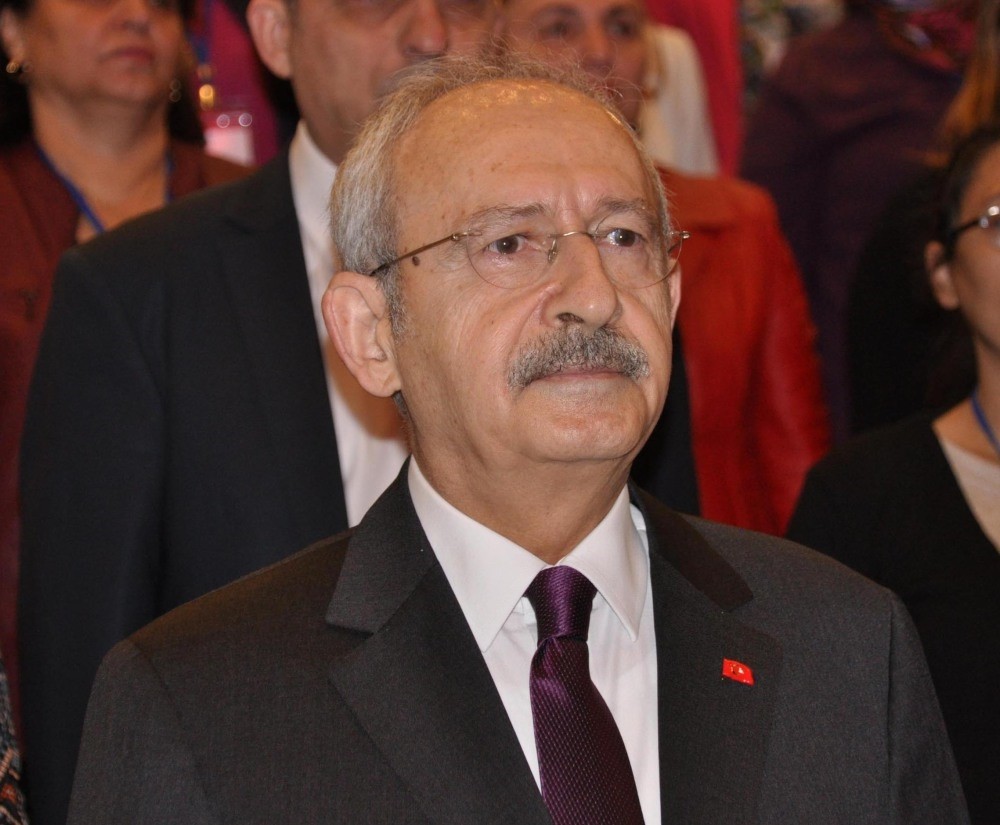 CHP Chairman Kemal Ku0131lu0131u00e7darou011fluu2019s continued refusal to either stand as a presidential candidate for his party or allow another to stand in his stead has left the main opposition party without a challenger to President Recep Tayyip Erdou011fan.
by Mehmet Çelik Apr 20, 2018 12:00 am

Despite claims that the main opposition CHP is prepared for the June 24 snap elections, the party has not yet revealed its candidate for president, an unknown that has made voters question the party's readiness

With Turkey going to early parliamentary and presidential polls in 65 days, the main opposition Republican People's Party (CHP) is yet to reveal its presidential candidate, which could create confusion with its electorate as to whether the party is ready to face the challenge presented by the Justice and Development Party (AK Party) and Nationalist Movement Party's (MHP) People's Alliance.

President Recep Tayyip Erdoğan announced Wednesday that early presidential and parliamentary elections were being planned for June 24, a day after MHP Chairman Devlet Bahçeli called for early elections. Erdoğan is the presidential candidate for the People's Alliance, but the CHP has not revealed its candidate as of yet, although there have been speculations made about certain figures, including CHP Chairman Kemal Kılıçdaroğlu. CHP leader yesterday told reporters in Istanbul that "the party caucus will determine who the candidate will be." He also said the announcement will be made in the coming days. CHP Deputy Group Chairman Engin Altay said yesterday, however, that Kılıçdaroğlu is the strongest nominee for the candidacy so far. "The curiosity about who will be the CHP's leader is a sign that the CHP will win the elections," Altay said.

Altay also added that party's caucus will determine who will be the ultimate candidate.

"Of course, Mr. Kılıçdaroğlu is the strongest figure," Altay said told a press conference at Parliament. On Wednesday, Altay said that the party will announce a candidate in about 15 days.

Aside from Kılıçdaroğlu, current Eskişehir Mayor Yılmaz Büyükerşen and CHP Istanbul Deputy İlhan Kesici were among those mentioned as the party's possible presidential candidates. Büyükerşen has been a popular figure among the public, known for his popularity among traditional CHP voters. However, his old age, currently 81, is a disadvantage.

Kesici, on the other hand, is known for his center-right political past, raising questions about him being accepted by the CHP's traditional center-left electorate. Before the CHP, Kesici was a deputy for the center-right Homeland Party (ANAP).

"I think Kılıçdaroğlu should be the candidate, as he is party's leader. However, he does not seem to want the candidacy," Mahmut Övür, a Sabah columnist, said. He added that although there is a chance for Kesici and Büyükerşen to be picked by the party, "it is unlikely they would create hype with the voters for the elections."

Sources familiar with the party have said that while there are speculations about who the candidate will be, "the party itself does not yet know or has not agreed on" who it should be.

CHP Istanbul Deputy Gürsel Tekin said yesterday that the party is prepared for the elections.

However, when asked who the candidate would be for the presidential elections, he said: "The name is not certain right now. However, three, four of our friends are on the agenda." According to the new presidential system, accepted with the results of the April 16 constitutional referendum in an 18-article constitutional change, a candidate must receive 51 percent of the vote in the first round of the election to be elected president. If no candidate receives the required support, then a second round will be held with the top-two candidates.

The CHP has received about 25 percent of the votes in parliamentary elections in the past decade. However, given the need to receive a majority, political parties will be required to come up with candidates who appeal to the majority of voters. This could draw out more politicians from the center of the political spectrum. In addition, Kılıçdaroğlu is infamous for his losses in the elections against the strong rival Erdoğan since he became the chairman of the party.

He has come under fire from within his party as he has lost the national vote eight times in elections and referendums since taking office in 2010, after the resignation of former Chairman Deniz Baykal amid a sex tape scandal. Unrest in the CHP has also flared up since last year. Kılıçdaroğlu was re-elected chairman last February at a very controversial convention.