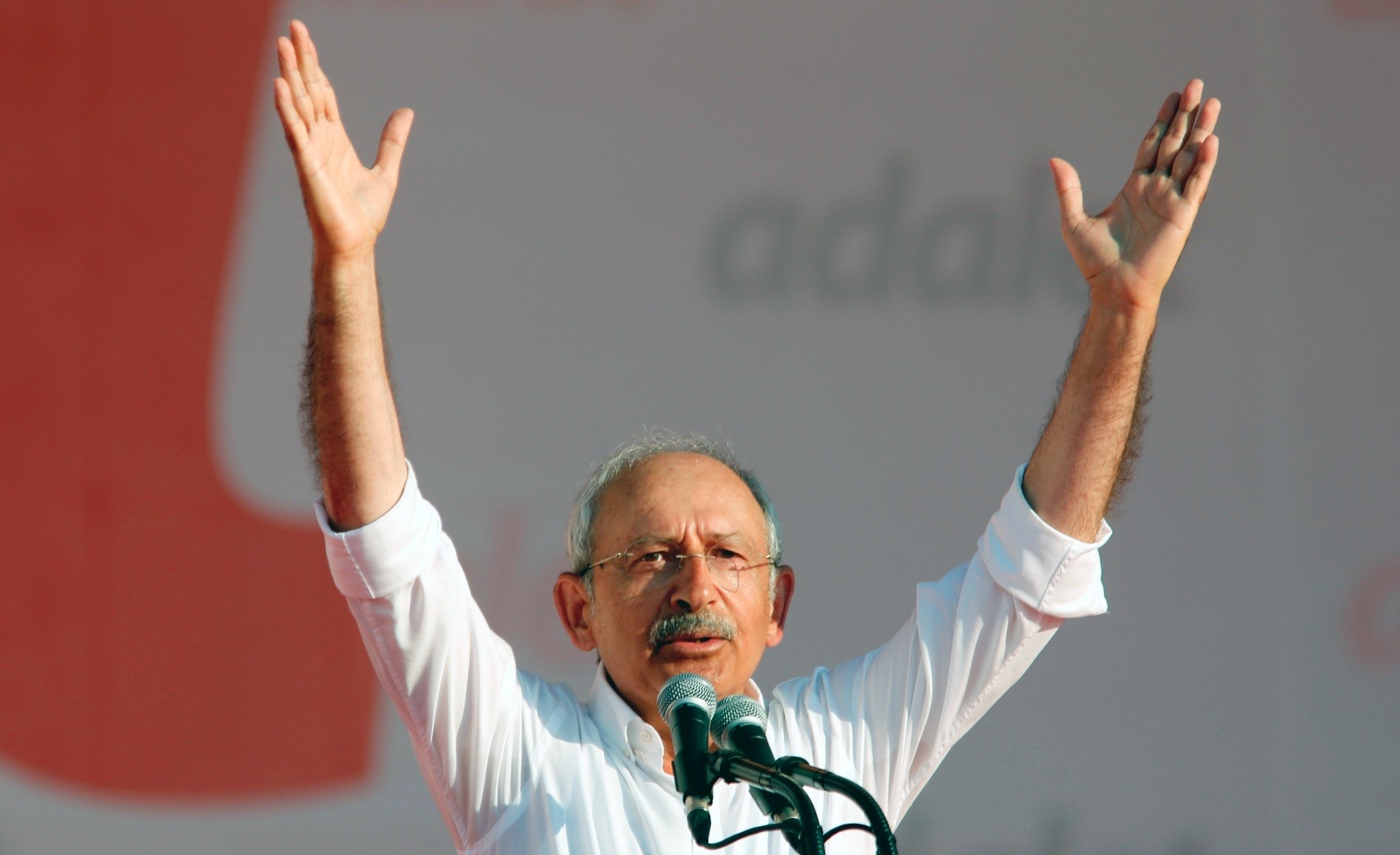 Turkeyu2019s weak opposition is scrambling to try and mount a strong challenge to the AK Party-MHP alliance with just nine weeks to prepare before the snap elections, scheduled for June 24.
by Özgenur Sevinç Apr 21, 2018 12:00 am

Voters are skeptical about the readiness of the opposition for the June 24 elections, raising questions about whether opposition parties will be able to surpass the People's Alliance formed by AK Party and MHP

Following the surprise snap elections decision, locals in the capital Ankara have been involved in heated discussions about possible scenarios for the elections, mostly considering that the opposition bloc has not conducted adequate efforts to confront the alliance formed by the ruling Justice and Development Party (AK Party) and the Nationalist Movement Party (MHP).

"The Republican People's Party (CHP) is not ready for the elections as its meetings with other political parties did not yield any results," Kaan Toprak, 22, a student said while taking a break from studying with a group of friends in a cafe for the next week's assignments.

On Wednesday, President Recep Tayyip Erdoğan announced that there will be early presidential and parliamentary elections on June 24, after MHP Chairman Devlet Bahçeli called for snap elections, stressing that it is not reasonable to wait until the scheduled elections in November 2019.

Toprak, defining himself as a CHP supporter, said the announcement of holding snap elections came as a surprise to him. "Compared to other political parties, the CHP did not have any options to form an alliance. The leftist supporters of the CHP would not be in favor of the CHP having an alliance with the Felicity Party [SP] and the İYİ Party [Good Party]," he added.

The Parliament on Friday ratified the bill on holding early parliamentary and presidential elections on June 24, with 386 votes in favor. Following the approval in the Parliament,the Supreme Election Board (YSK) is expected to prepare the electoral schedule. The presidential election and general elections will be held on the same day. Erdoğan said in Istanbul on Friday that the decision to hold snap elections was a timely one. "Although the call to hold early elections was not initially made by us, it is a very well taken decision that will allow the transition to the new system sooner," Erdoğan said. He added that the early election decision will act as a roadblock to tensions facing the country.

In order to stand a chance in the elections confronting the AK Party-MHP alliance, Kaan said the "CHP needs to nominate a candidate who is leftist and well-known by the public."

Hasan Demir, 21, a mechanical engineering student, said he believes the People's Alliance will succeed even though it is difficult to gain 50+1 percent votes, adding that the CHP has been caught off guard ahead of the elections.

Demir also said that "it is also unlikely for the opposition bloc to nominate a strong candidate that would gain the public's support because of the İYİ Party's alleged links to the Gülenist Terror Group [FETÖ] and the Peoples' Democratic Party's [HDP] close ties to the PKK terror group."

As the AK Party and MHP formed an alliance for the presidential elections, the CHP also held various meetings with political parties including the İYİ Party, the Motherland Party (ANAP) and the Democrat Party (DP) in order to form an alliance. However, the talks have not produced an alliance. After the snap election decision, the CHP is expected to retry holding talks for an alliance.

Commenting on the main opposition CHP's efforts for the upcoming elections, Cihan Deveci, 33, an accountant, said the CHP seems lost in the process as it has yet to decide on its presidential candidate. "While the CHP previously aimed to unite the opposition bloc, right now it cannot even manage to unite different voices within the party. The party struggles to determine a candidate that all CHP supporters would welcome," Deveci said."There is a deadlock stemming from the economy and the current system," Deveci said and added that waiting for the elections to be held in 2019 would cause fatigue in the public.

After the snap elections decision came, the media was also awash by debates whether the İYİ Party would be able to participate in the elections or not.Heading to their homes after grocery shopping, retired couple Ertuğrul and Sevim Yılmaz, aged 67, said they were surprised at the snap elections decision, yet they do not have worries about the participation of İYİ Party Chairwoman Meral Akşener in the elections whom they believe to "stand as a strong opponent to the People's Alliance."