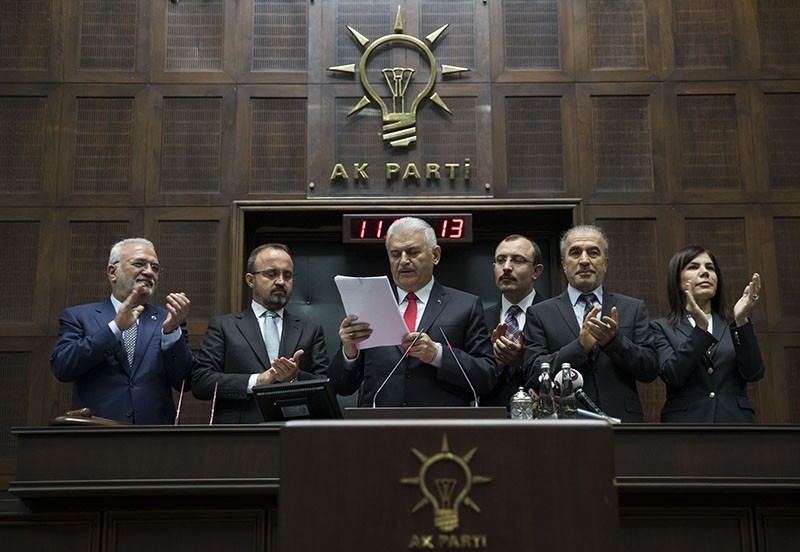 The ruling Justice and Development Party (AK Party) has officially nominated President Recep Tayyip Erdoğan as their presidential candidate for the upcoming elections on June 24.

"Our candidate is the man of our nation. With the alliance, we announce Recep Tayyip Erdoğan as our presidential candidate," Prime Minister Binali Yıldırım said in Parliament, referring to the People's Alliance that the AK Party formed with the Nationalist Movement Party (MHP), which also endorsed Erdoğan.

Erdoğan has served as president since 2014. He is Turkey's first popularly elected president. Before that, he served as prime minister from 2003 to 2014.

Should he win the June elections, Erdoğan would be Turkey's first leader under the new presidential system, doing away with the prime minister's post, among other changes.

On Thursday, the Great Unity Party (BBP) announced that they had also joined the alliance alongside the AK Party and the MHP.

The opposition alliance's official statement should be released over the weekend. The name of the alliance will be determined by party leaders.

Meanwhile, the AK Party broke a record in Turkey's political history with the number of applications for candidacy, which reached 7,329; 1,332 applicants are women, 498 applicants are disabled and 468 are young people aged 18-25.

22 deputies of AK Party did not apply to be a candidate one more time during the upcoming elections, including important figures within the party, some of whom were former ministers and parliament speakers, such as Ali Babacan, Beşir Atalay, Cemil Çiçek, İsmail Kahraman and Mehmet Ali Şahin. Former prime minister and chairman Ahmet Davutoğlu previous announced that he will not run in the elections.