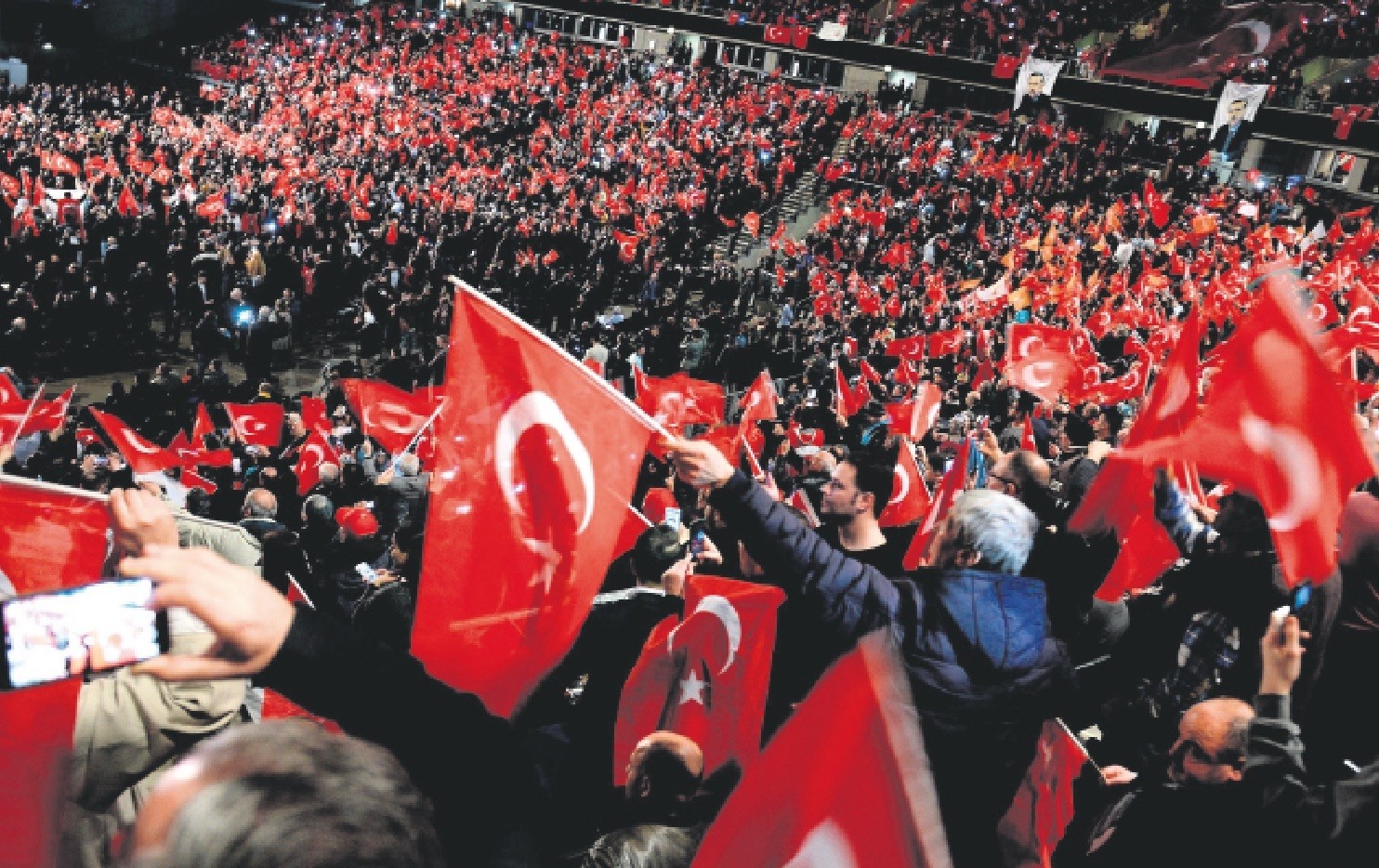 With the June 24 elections quickly approaching, the ruling AK Party seems to be the only one banned from complaining in Germany as opposition parties enjoy political freedom throughout the country

Germany will serve as a scene for political propaganda of Turkish political parties ahead of the early general and presidential elections on June 24, except for the ruling Justice and Development Party (AK Party).

While the German government and several German political parties have been carrying out heated debates as to whether Turkish parties should be able to make propaganda, a law has been brought to the agenda.

Last June, Germany had to authorize appearances by "public officials" from non-EU states. In principle, no permission is granted "if the performance occurs within a period of less than three months before the date of elections or votes."

In line with the rule, the conservative AK Party has been avoiding conflict with the German state, opting to not carry out appearances by party officials, deputies as well as ministers.

However, other parties such as the secularist Republican People's Party (CHP), the newly-established far-right Good Party (İP) and the pro-PKK Peoples' Democratic Party (HDP) have been organizing various events with deputies from Turkey in attendance.

The CHP, for example, organized an event in Germany's Ober-Ramstadt on April 30 where its Çorum deputy, Tufan Köse, delivered a speech regarding the June 24 elections. Additionally, Köse traveled to Cologne from there, delivering another electoral speech at the Köln Ezgi Center on May 1.

The İP has also been carrying out propaganda on German soil without any hindrance. On May 6, İP Deputy Chairman Buğra Kavuncu, the İP's central executive board member Fulya Yasemin and İP parliamentary nominee Eren Yakışır attended a conference about Turkey's elections in Cologne.

The HDP, which is accused of being the political arm of the PKK terrorist group, is able to hold events in Germany as well. On May 8, HDP Diyarbakır Deputy Nursel Aydoğan attended an event in Munich hosted by PKK-linked groups.

The PKK is jointly recognized as a terrorist group by the EU and the United States.

On May 6, Aydoğan attended a congress in Frankfurt together with Die Linke lawmakers Ulrich Wilken and Gökay Akbulut.

On the very same day in Germany's Lörrach, two HDP deputies Besime Konca and Mahmut Toğrul were present at another event.

Furthermore, Aydoğan is still scheduled to deliver a speech at an event on May 20 in Saarbrücken titled, "We can stop dictatorship, fascism and war with a vote." For the time being, no action has been taken by German authorities.

"Our attitude regarding the matter is clear. In the three-month period ahead of elections in a foreign country, politicians will not be authorized to carry out election campaigns in Germany," German Foreign Minister Heiko Maas had said earlier.

"That is the case; and that is the case for everyone, independent of where they come from," the German minister said, yet the reality on the ground seems to reflect something else.

Another example of how the German government opted to support a specific party in Turkey was observed last week as German Minister of State for Europe Michael Roth visited İP Chairwoman Meral Akşener and conveyed his support.

Roth said that the German government envisages that Kurdish voters in Turkey's southeast could cast their votes for the İP.

In addition, he posted a photo of himself shaking hands with Akşener on his official Twitter account, saying, "First conversation with the chairwoman of @iyiparti @meral_aksener. A good opportunity to get to know the attitude of this new political force in Turkey. Political diversity strengthens democracy."