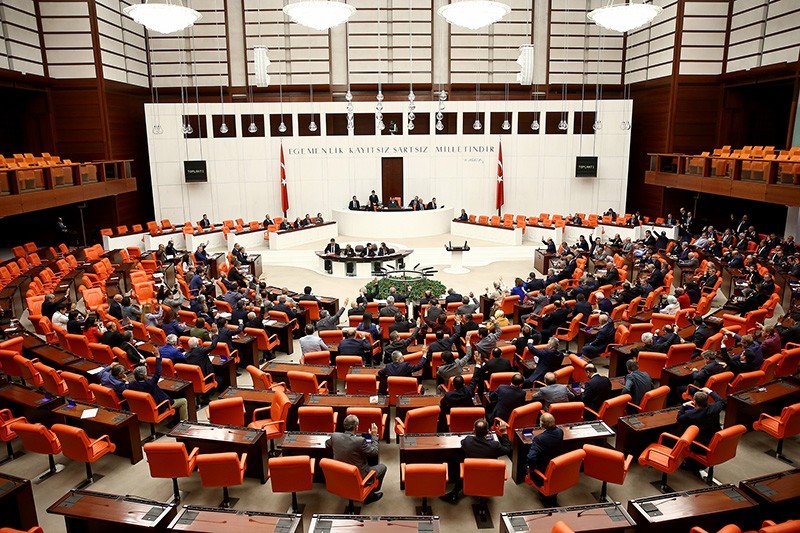 The parties eligible to run in Turkey's upcoming snap parliamentary and presidential elections on June 24 spent their weekends working as the deadline for presenting candidate lists set for May 21 nears.

Out of the parties currently in the parliament, only the Nationalist Movement Party (MHP) has made its candidate list public. The ruling Justice and Development Party (AK Party), MHP's partner in the People's Alliance, is trying to choose among some 1,800 nominees for 600 seats, in addition to 304 existing deputies that have applied to run in the elections. The AK Party initially had a record 7,329 nominees.

The main opposition Republican People's Party (CHP), which had set the latest party nomination deadline among mainstream parties with the highest application fee (TL 10,000 - $2,225), is trying to narrow down a list of 2,319 nominees.

In addition to the numbers, the names of candidates are also being speculated in Turkish media outlets. One of the most interesting announcements came from Abdüllatif Şener declaring his application to run from the center-left and secularist CHP. Şener was a deputy from central Sivas province for three terms from the Islamist-conservative Welfare Party (RP) and its successor Virtue Party (FP) between 1991 and 2001. He served as finance minister in the short-lived coalition government of the RP and center-right True Path Party (DYP) between June 1996 and 1997. Şener was among the prominent founders of the AK Party in 2001, which had emerged from the reformer group of the FP. He was elected again from Sivas in the 2002 elections and served as deputy prime minister in two cabinets chaired by Abdullah Gül and Recep Tayyip Erdoğan.

Şener declined to run in the 2007 elections and resigned from the party shortly after, establishing the Turkey Party (TP) in 2009, which failed to receive significant support and disbanded in 2012. Following his departure from the AK Party, he became a fierce critic of Erdoğan, often appearing in opposition channels and newspapers. Recently, his name was cited among potential presidential candidates for the CHP.

Altan Tan, a prominent deputy of the pro-PKK Peoples' Democratic Party (HDP), announced that he applied to run from the Islamist-conservative Felicity Party (SP), the successor of FP. Tan, one of the most renowned conservative figures in the HDP, previously served in the RP in the mid-1990s. Tan has been serving as a deputy from eastern Diyarbakır province since 2011. Tan will resign from the HDP on Monday and will be placed in the first spot in SP's candidate list from Istanbul's third electoral district.

Harshly criticizing HDP policies after the end of the reconciliation period in July 2015 and restart of clashes between Turkish security forces and the PKK terrorist group, Tan recently accused the HDP of being under the effect of the "marginalized left," saying the "Kurdish" parties should come together and that he wished an alliance between archrivals the HDP and the Islamist-conservative Free Cause Party (HÜDA-PAR) would have taken place.