CHP's campaign promise: Syrian refugees will be sent back 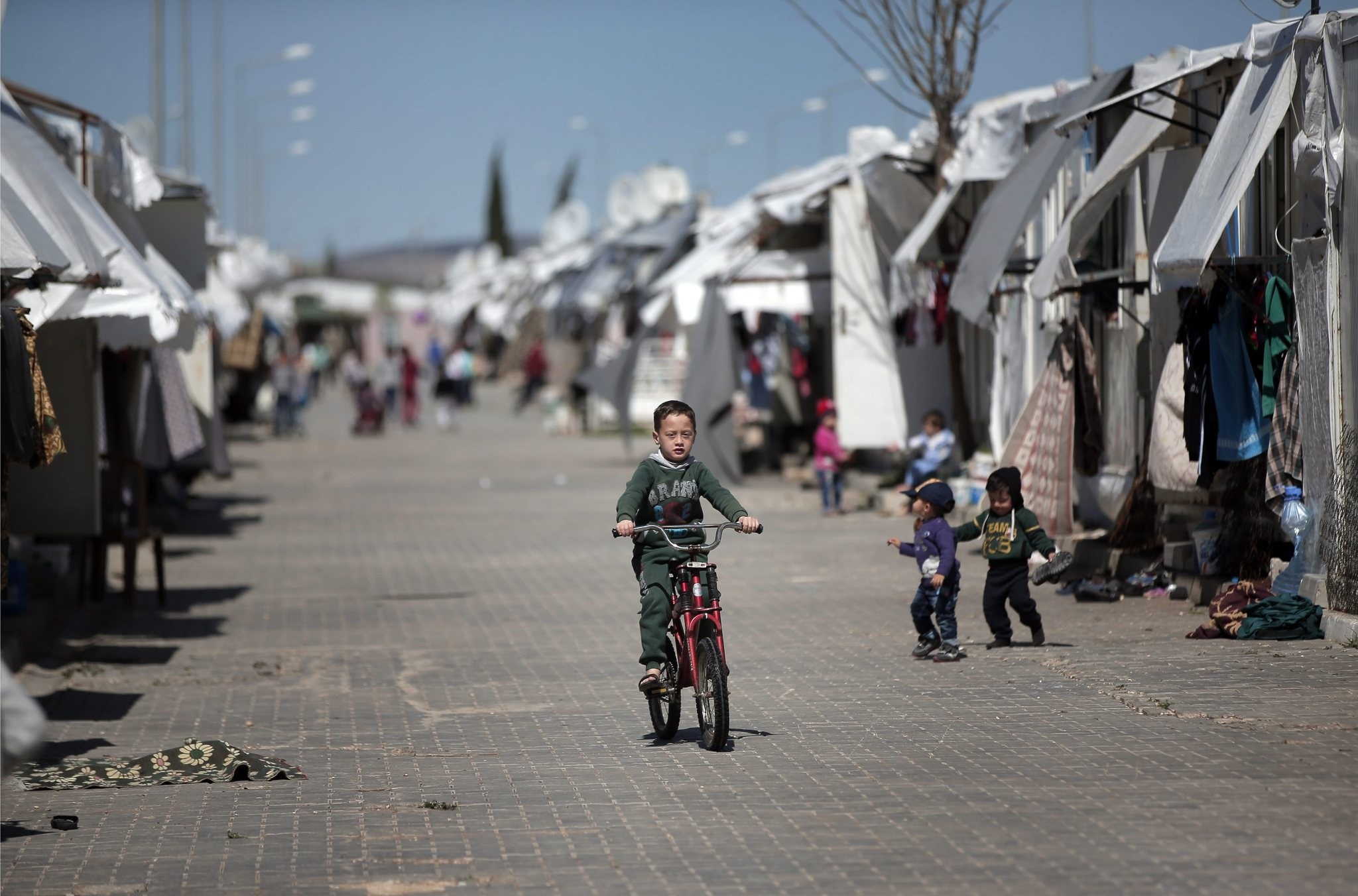 The main opposition CHP has vowed to send Syrian refugees back to their war-torn country in the party's declaration for the June 24 elections, which was reiterated by party Chairman Kemal Kılıçdaroğlu yesterday

Main opposition Republican People's Party (CHP) Chairman Kemal Kılıçdaroğlu voiced concerns over Syrian refugees in Turkey yesterday in a radio broadcast, and said that he intends to send Syrian refuges back to their country. Kılıçdaroğlu said that Turkey has spent too much money on refugees but the war has come to an end, therefore Syrians should return to their country immediately. "We opened our arms to the Syrians who escaped from the civil war in Syria. There is no long-lasting conflict environment in Syria, the war is almost over. Now our brothers and sisters need to return to their own country. Some $30 billion has been spent on them," he said.

Kılıçdaroğlu emphasized that almost every province is hosting Syrian refugees. He added that the CHP is planning on establishing a Middle East Peace and Cooperation Organization (OBİT), jointly with three other states: Iran, Syria and Iraq, to solve the regional problems, if the party comes as a winner in the June 24 presidential and parliamentary elections.

His OBİT plan is being interpreted as an excuse to send refugees back.

Earlier in May, Kılıçdaroğlu said Turkish citizens are now second-class citizens due to the presence of 3.5 million Syrians in the country.

On May 26, Kılıçdaroğlu presented the CHP's election declaration, by saying that foreign policy would be implemented with the motto, "Peace at home, Peace in the World."

"We will live in peace with all our neighbors," he said.

With regards to relations with Syria, Kılıçdaroğlu said that he is ready to meet Bashar Assad to discuss the refugee problem. "If you are setting up an organization based on international partners, of course you need to meet Assad," he said.

"Turkey will be a real dominant force in the region. Why we are intervening Syria's internal affairs?" he added shortly after.

The CHP's presidential candidate, Muharrem İnce, also made anti-immigrant remarks last week. Speaking in a televised interview on May 24, İnce said that if he is elected as a president he will close the doors on Syrians.

"When they leave home for the holidays, I will close the door and they will stay there. Is Turkey a soup kitchen?" he said.

Some 2,000 Syrians crossed into Syria earlier in May. The crossing will be open until June 13 for holidaymakers who are required to register online for travel permits to the towns and cities of Azez, Mare, Soran, Aktarin, Afrin, Jarablus and al-Bab, the areas which were liberated from Daesh and the People's Protection Units (YPG) terrorists by Turkey and Free Syrian Army (FSA) forces.

"We want Syrians in Turkey to go back their country. That is clear," Kılıçdaroğlu said last August, adding that the CHP would send them back to Syria if it came to power in the elections.

Before the June 7 general elections in April 2015, he also said, "The CHP will send the 2 million Syrian refugees [the then number of Syrian refugees in Turkey] back to their country," while speaking at a rally.

On October, 2015 Kılıçdaroğlu also said any sort of agreement with the EU, which he described as turning the country into the EU's refugee camp, was unacceptable.

While the government is engaged in negotiations with the EU to share the burden of more than 2.2 million refugees in Turkey, Kılıçdaroğlu said much needed jobs for locals were currently going to Syrians and called on the government to reject any proposal extended by the EU.

Since the start of the Syrian crisis in 2011, Turkey has been at the forefront of helping Syrian refugees. Turkey is home to more than 3.5 million refugees from Syria, the largest Syrian refugee community in the world. As it grapples the influx of displaced, the country strives to offer exemplary care for the refugees, covering all their needs with a humanitarian expenditure that has reached to more than $30 billion.