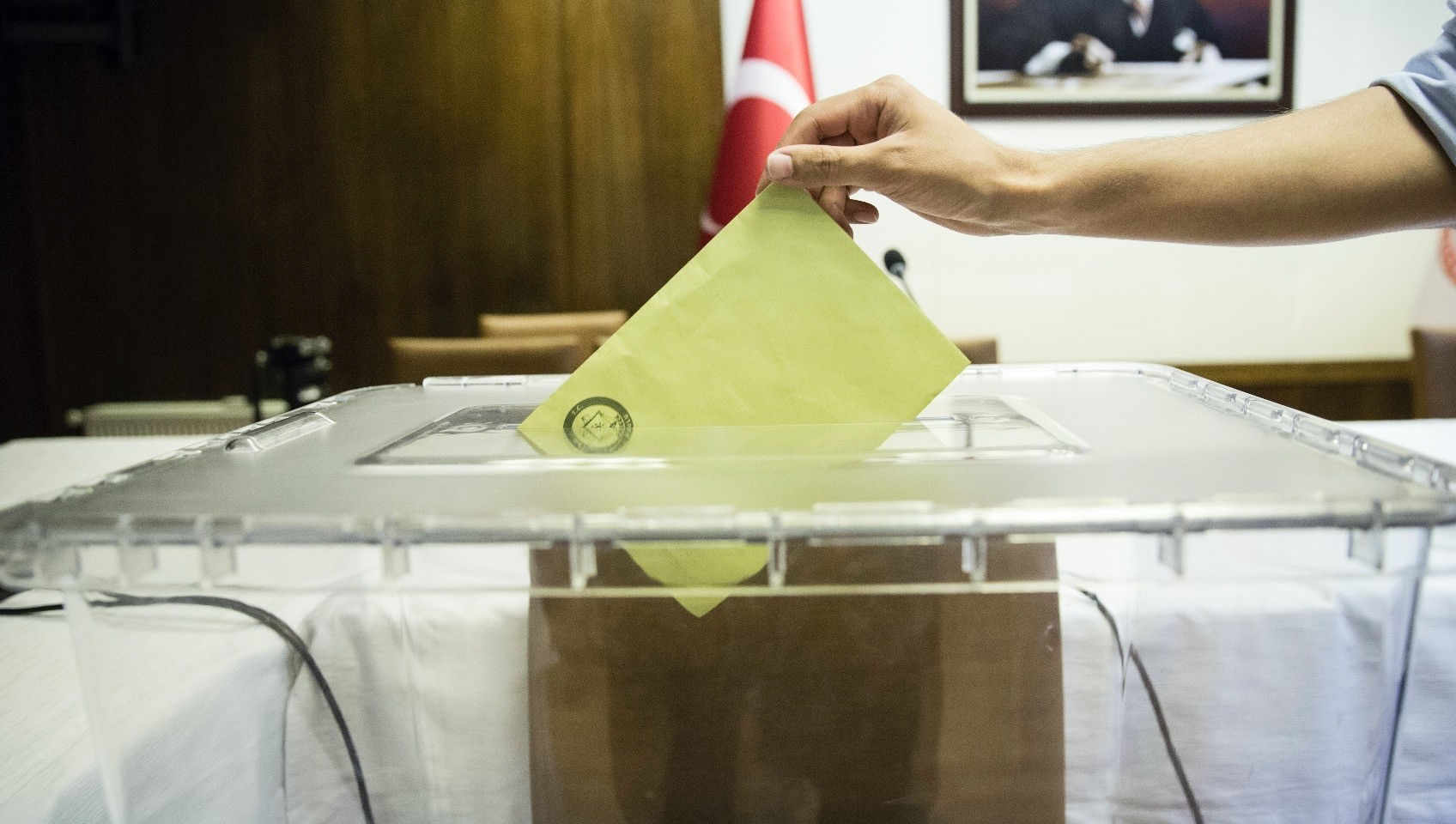 Turkey will hold both presidential and parliamentary elections in June 24.
by Yunus Paksoy Jun 01, 2018 12:00 am

Although there is less than a month left to the June 24 elections, the voters seem to have no idea when it comes to the policies of the opposition parties, especially as far as the diplomacy-related topics are concerned

Citizens seem to be in the dark regarding the foreign policy pledges of opposition parties with less than a month left until the June 24 parliamentary and presidential elections. As the jingles of opposition parties blend into each other and party flags fly high at the iconic Kızılay Square in the capital city of Ankara, Mehmet Soysal, a 43-year-old teacher, looks around in an attentive manner. He, indeed, attaches importance to learning more because he is quite uninformed about the policies of the opposition parties. Foreign policy is certainly the part where he is lost. "I don't know anything about their pledges regarding foreign policy. It seems as if they do not have any concrete plans," Soysal said, adding: "I am disappointed."

So far, the Republican People's Party (CHP), the newly established Good Party (İP) and the Felicity Party (SP) seem to be the front runners in the opposition, all of which have recently joined forces under the banner of the Nation Alliance. The Democrat Party (DP) is also included in the Nation Alliance.

That being said, people remain confused about the foreign policy ideas of the opposition parties. Sündüz, a 47-year-old housewife, has also yet to hear from opposition leaders about their plans for foreign policy. "No. I haven't heard something [in this respect]. I think they lack concrete plans."

While the İP and the SP remain relatively silent over foreign policy issues, the CHP came out with a striking foreign policy idea regarding Syria in the upcoming term if elected. "After stability is ensured in Syria and non-state actors are disarmed, we will support a political solution where the Syrian people will be able to make decisions on their own," CHP Chairman Kemal Kılıçdaroğlu said while announcing the CHP's 230-page election declaration over the weekend.

In a separate speech over the weekend, Kılıçdaroğlu said the CHP would form a "Middle East Peace and Cooperation Organization" alongside three states, Iran, Syria and Iraq, to tackle regional issues. He also stressed that the CHP would support all international efforts to bring peace to Syria and maintain its territorial integrity as he introduced the party's foreign policy vision for the next five years. Other than that, Kılıçdaroğlu's promises regarding the European Union, the United States and Russia did not go any further than routine rhetoric.

Earlier, Kılıçdaroğlu revealed his vision for Turkey's foreign policy as he called on Ankara to carry out talks with the Bashar Assad regime, which has the blood of hundreds of thousands of Syrians on its hands. In his address to the CHP parliamentary group meeting on Feb. 6, he called on the government to establish contact with the Assad regime to resolve the Syrian conflict.

The parliamentary and presidential elections, originally set for November 2019, were moved up to June 24. This parliamentary election is of historic importance as the parties will be able to enter the elections for the first time under electoral alliances. The aforementioned Nation Alliance will run against the People's Alliance, forged by the Justice and Development Party (AK Party) and the Nationalist Movement Party (MHP).

A taxi driver, 54-year-old Yavuz, is aware of the problem. "They talk about domestic issues day in and day out. I, for example, would like to hear more about foreign policy. It is important," he said. According to him, "Foreign policy is as important as domestic policy."

The Islamist conservative SP's election declaration mainly focused on domestic issues. However, SP Chairman Temel Karamollaoğlu did touch on Turkey's relations with the European Union, pledging to "not wait in front of the door of the EU." Apart from the statement on the EU, Karamollaoğlu did not comment on the foreign policy. The SP has traditionally been an anti-Western, anti-EU party.

While middle-aged Turkish voters seem to be in the dark regarding the foreign policy plans of the opposition parties, the situation is not any different among the youth. Master's student Ece Yılmaz, 26, said she knows "just a little bit" about the CHP's foreign policy, but that is all. "I do not know about the others, but I would love to."

Fatma Gedik, 22, a university student in the capital, is among the youngsters who do not have any knowledge about the foreign policy ideas of the opposition parties, as well. However, she does not seem bothered by it. "No. I don't know anything about their policies, but I think that the domestic issues are much more important than foreign policy issues anyway," she said.