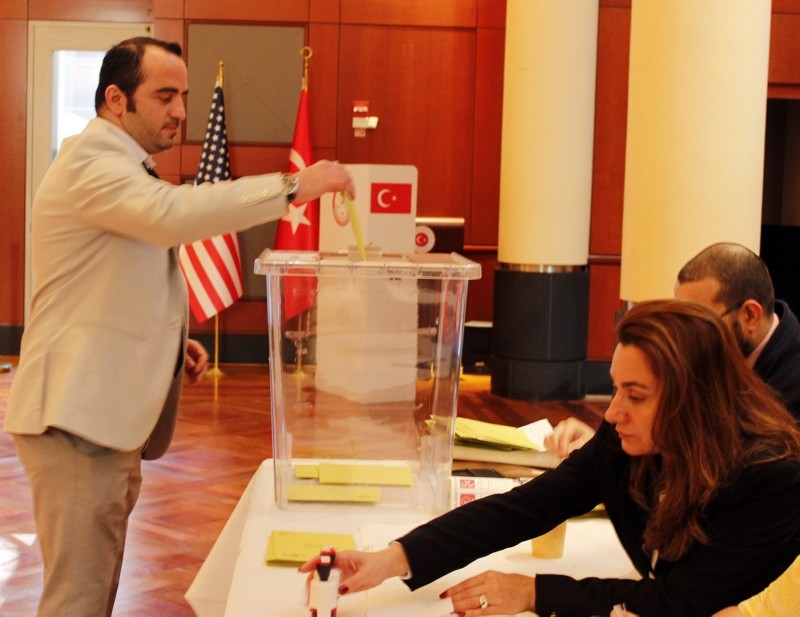 Over three million Turkish expatriates will begin voting for June 24 presidential and general elections on Thursday.

Six candidates are contesting at the presidential race while eight political parties, including two alliances, are taking part in the parliamentary elections.

In the April 2017 referendum, Turkish voters had approved the switch from a parliamentary system to a presidential one.

According to the electoral calendar, voting will begin on June 7 and end June 19 for Turkish expats.

Voting will be held from 9:00 a.m. to 9:00 p.m. local time on weekdays and weekends at the foreign missions.

Election bags will be brought to Turkey by Turkish Airlines planes and will be kept at a convention hall in capital Ankara until the end of the voting on June 24.

During last year's constitutional referendum, Turkish expats voted at 120 missions in 57 countries. This year, Malta, Serbia, and Moldova were added to the list.

If a second round runs for the presidential election, the voting will be held on June 30 and July 4.

Voting will span over 13 days in three countries and one day in 24 countries.

Turkish voters in Germany, France, and Austria will vote on June 7-19.

Voting in Australia will be held on June 9-17.

In Norway, Turkish citizens will be able to vote on June 14-19.

Turkish voters in Belgium, the Netherlands and Switzerland will vote on June 15-19.

Turkish voters in Bulgaria, Canada and the Turkish Republic of Northern Cyprus will vote on June 16-18.

In China, Russia, Romania, Saudi Arabia, Greece, Lebanon, Israel and Ukraine, the voting will be held on June 16-17.

Turkish voters will be able to cast their votes also on custom gates between June 7 and June 24.