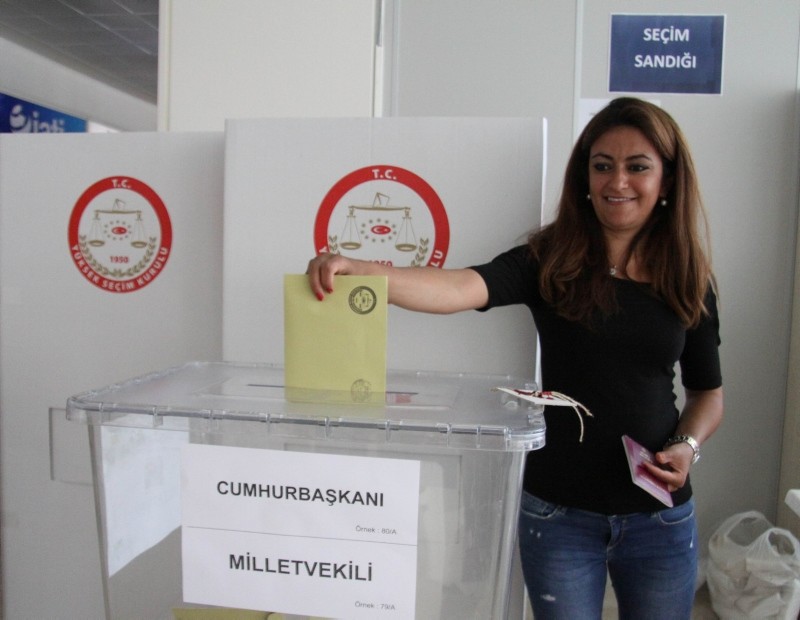 A Turkish expatriate voter casts her vote for the June 24 presidential and parliamentary elections at the Antalya International Airport in southern Turkey, June 8, 2018. (IHA Photo)
by Anadolu Agency Jun 08, 2018 12:00 am

The Turkish Supreme Board of Election (YSK) has provided accreditation to observers from eight international institutions for the upcoming elections, an official from the top election body told Anadolu Agency.

The YSK provided accreditations to all the organizations that applied to have short and long-term observers stationed in Turkey, said the official who spoke on conditions of anonymity due to restrictions on talking to the media.

During Election Day, the observers will mainly monitor voting procedures such as counting, casting and recording votes without interrupting polling boards.

The observers will prepare a report by monitoring campaigning process, election participation and whether international election standards are upheld.