Over 72,000 Turkish expats went to polls for June 24 elections in past 2 days 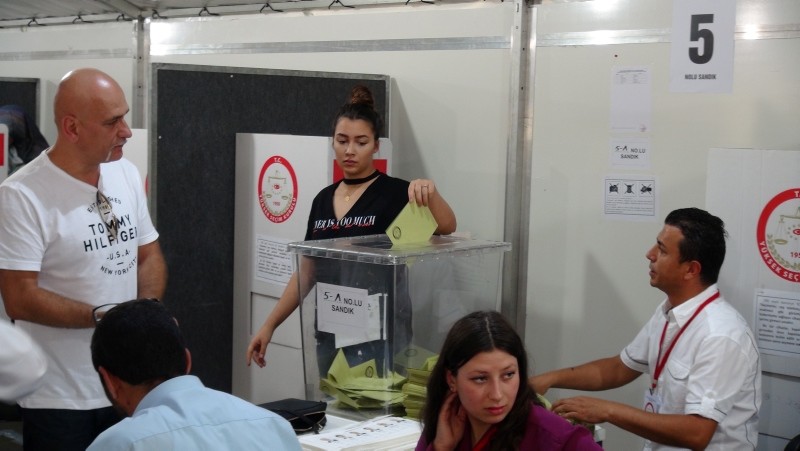 Turkish expats continue to vote in the early presidential and general elections in 22 consulates across Germany, Austria and France.

In the first two days, a total of 72,111 expats have voted in the three countries and at customs gates. On the second day, a total of 39,887 Turkish expats voted, including 32,521 voters at the foreign missions and 7,366 at the customs gates.

The number of voters on the second day increased by 23.78 percent, when compared to the first.

Some 6,330 Turkish expats went to vote for the referendum at the customs gates in the first two days.

In the April 2017 referendum, Turkish voters had approved the switch from a parliamentary system to a presidential one. This April, the Turkish parliament passed a bill for early elections on June 24, in order to cement Turkey's move to a presidential system.

Voting will be held from 9 a.m. to 9 p.m. local time on weekdays and weekends at the foreign missions.

Over 3 million Turks living abroad are eligible to vote for the presidential and general elections.

Six candidates are running for president, while eight political parties are taking part in the parliamentary elections.

Recep Tayyip Erdoğan has served as president since 2014 -- Turkey's first popularly-elected president. Before that, he served as prime minister from 2003 to 2014. Should he win the June election, Erdoğan would be Turkey's first leader under the presidential system.