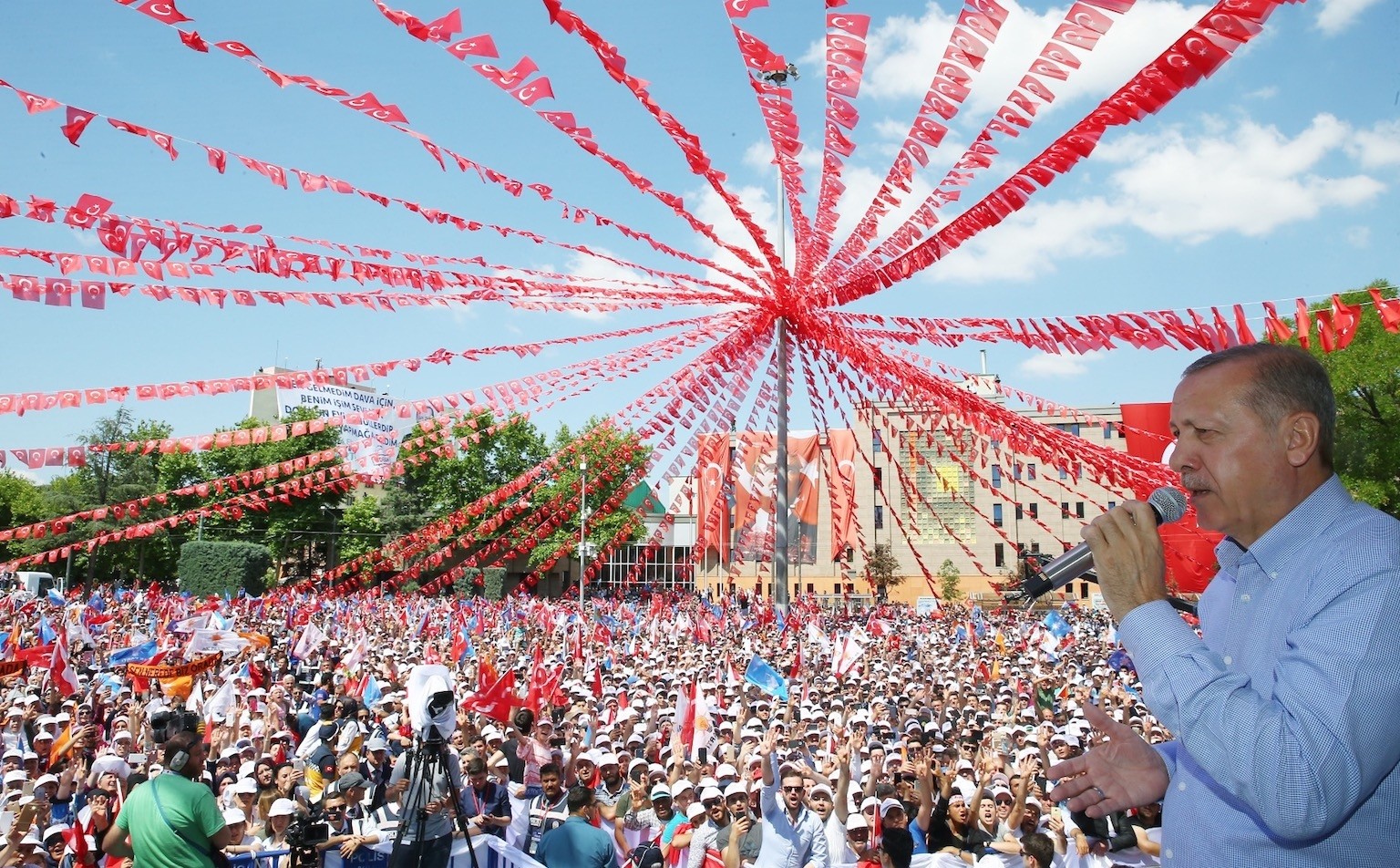 President Recep Tayyip Erdou011fan stressed that Turkish people trust his experience as a person who served as both prime minister and president.
by Daily Sabah Jun 13, 2018 12:00 am

President Recep Tayyip Erdoğan said late Monday that the Turkish electorate will determine a winner in the first round of the presidential elections scheduled for June 24.

Speaking to reporters in Istanbul, Erdoğan emphasized that Turkish people trust his experience as a person who served as prime minister and president, and defined other candidates as novices.

"My people would make their decision without leaving this job for the second round," he said.

Turkish voters approved the switch from a parliamentary system to a presidential one in the April 2017 referendum. Presidential and parliamentary elections will be held in June 24 on the same day. The candidate with more than 50 percent of the vote will be declared the country's 13th president.

In the second round, the candidate with the most votes will be the declared as the winner.

Recent surveys on the presidential election have indicated no certainty on whether it will end in the first round or not, even though they all point to Erdoğan as the leader of the race.

"I am not going to alienate anyone. I want to make an appointment with all the presidential candidates in the opposition when we start the campaign," İnce said about the visit.

Edoğan also called on İnce to explain his counterterrorism and foreign policy strategy, saying the opposition lacks any substantial policies.

State of emergency may be lifted

He said on Monday that may be possible to lift the state of emergency after the elections, however it could be re-imposed if the country faces serious problems.

Explaining that the state of emergency was imposed against the terrorism threats originating from the Gülenist Terror Group (FETÖ), PKK and Daesh, Erdoğan said that it may be lifted as the volume of threats gradually decrease.

Turkey declared a state of emergency on July 20, 2016, following the deadly coup attempt by FETÖ, which killed 250 people and left 2,200 injured.

The main objective of the state of emergency is to fight terror threats directed towards the country and maintain stability.

During the state of emergency, emergency rules enable the government to bypass Parliament to enact new laws. The Cabinet has the right to issue statutory decrees under the presidency without following routine procedures and restrictions.