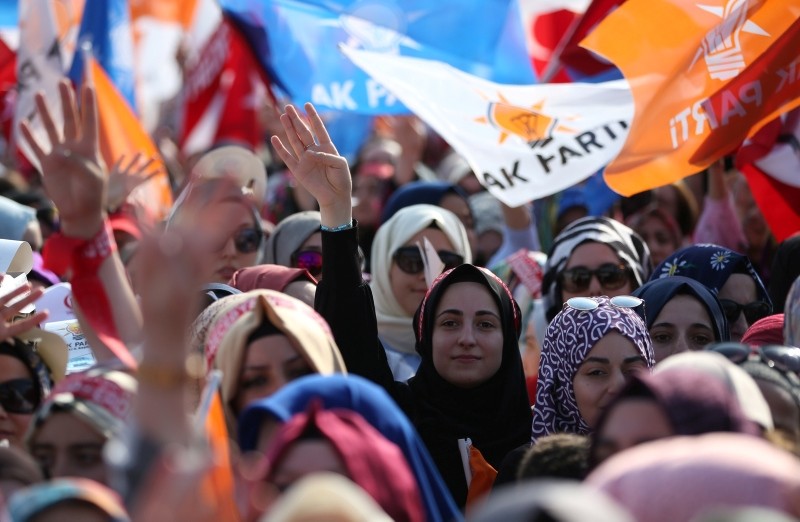 The ruling Justice and Development (AK Party) has launched two bilingual election campaign ads, in Turkish and Kurdish, for the June 24 presidential and parliamentary elections, a move which would have been unimaginable about a decade ago.

The videos, which reflect the party's campaign theme "Turkey's Time," has the slogan of "Extend your hand," and "We are stronger together, together we are Turkey. It is time to walk hand in hand towards the future."

Citizens in the video talk in Kurdish and Turkish in the video, introducing themselves, in the southeastern region of Turkey, which has been cleared of terrorism, and give messages of unity.

At the end of both videos, President Recep Tayyip Erdoğan repeats the slogan: "We are stronger together, together we are Turkey. It is time to walk hand in hand towards the future."

Before AK Party governments of the past decade-and-a-half, many shied away from using Kurdish language in public sphere. However, with reforms made, many rights and freedoms were established for the Kurdish citizens of Turkey.