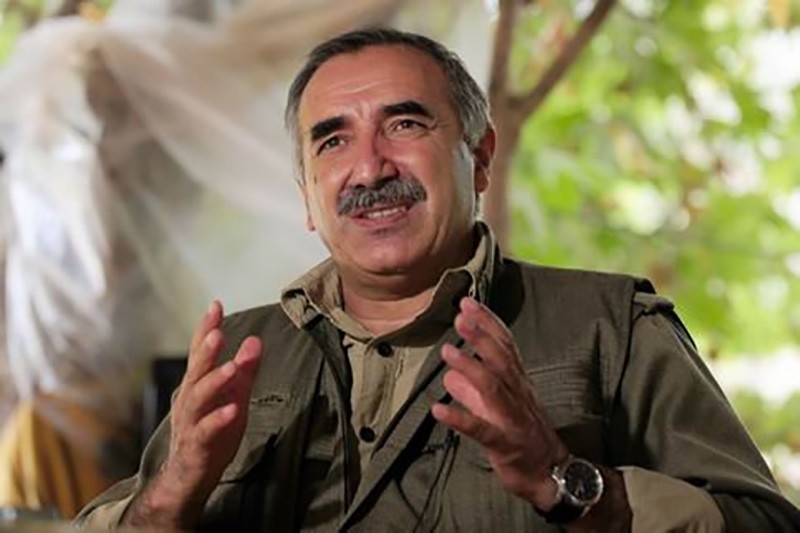 Murat Karayılan, the acting leader of the PKK terrorist organization, this week urged people to vote for the pro-PKK Peoples' Democratic Party (HDP) in the upcoming elections to ensure a more "democratic" Turkey.

In an interview with the terrorist organization's own news agency ANF, Karayılan said it was important that HDP passes the 10 percent election threshold.

"If HDP fails to pass the threshold, Kurdish people won't be represented in the parliament, and Erdoğan will benefit from this to strengthen his dictatorship," Karayılan said.

No one should think about the freedom to choose between political parties in such a political climate, Karayılan added in a threatening manner.

"These people will only divide the votes and will serve (Justice and Development Party) AK Party," he said.

The terrorist leader ended the interview by alleging that the ruling AK Party will try to rig the elections and suppress HDP below the 10 percent threshold.

Karayılan, born in 1954, is the acting leader of the PKK, which is a proscribed terrorist organization by the U.S., UK, Australia, Germany, the EU and NATO. Karayılan has been the PKK's acting leader ever since the organization's founder and leader, Abdullah Öcalan, was captured in 1999.

In the PKK's terror campaign against Turkey, which has lasted for more than three decades, over 40,000 people have been killed, including women and children.