CHP candidate Ince in major Izmir rally ahead of vote 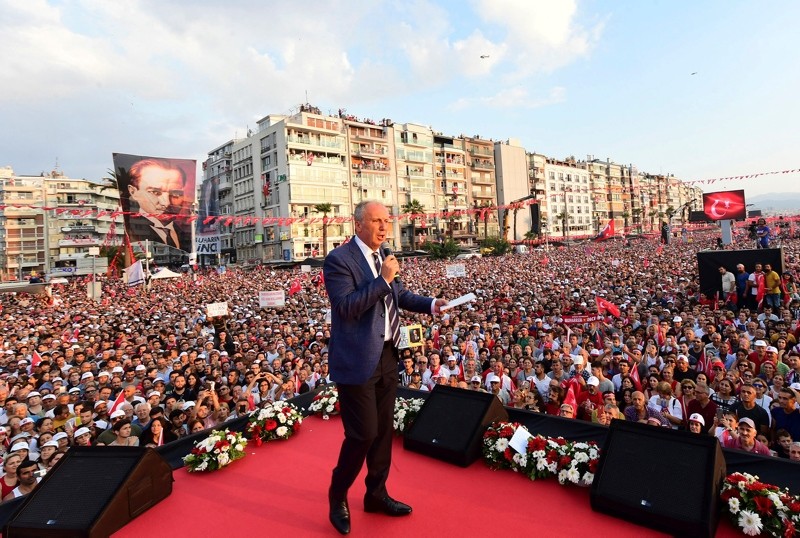 The main opposition Republican People's Party's (CHP) candidate Muharrem İnce gathered a huge crowd in the western province of İzmir, a city known for being a CHP stronghold.

Addressing the crowd at the Gündoğdu square, İnce promised to bring major changes to Turkey and become a different president than President Recep Tayyip Erdoğan.

İnce's promised to provide special economic packages to farmers, increase financial aid to university retired people, students and teachers as well as bring diesel price will go down to three Turkish lira and increase the minimum wage to 2,200 Turkish lira.

Turkish voters will go to polls for parliamentary and presidential elections on Sunday, June 24, with 56,322,632 registered voters and 180,065 ballot boxes across the country.

Recent polls have suggested that President Erdoğan will win the presidency and secure a majority in the first round.

On the other hand, Recep Tayyip Erdoğan is running as the joint presidential candidate of the People's Alliance, formed by the ruling Justice and Development Party (AK Party), the Nationalist Movement Party (MHP) and the Great Union Party (BBP).