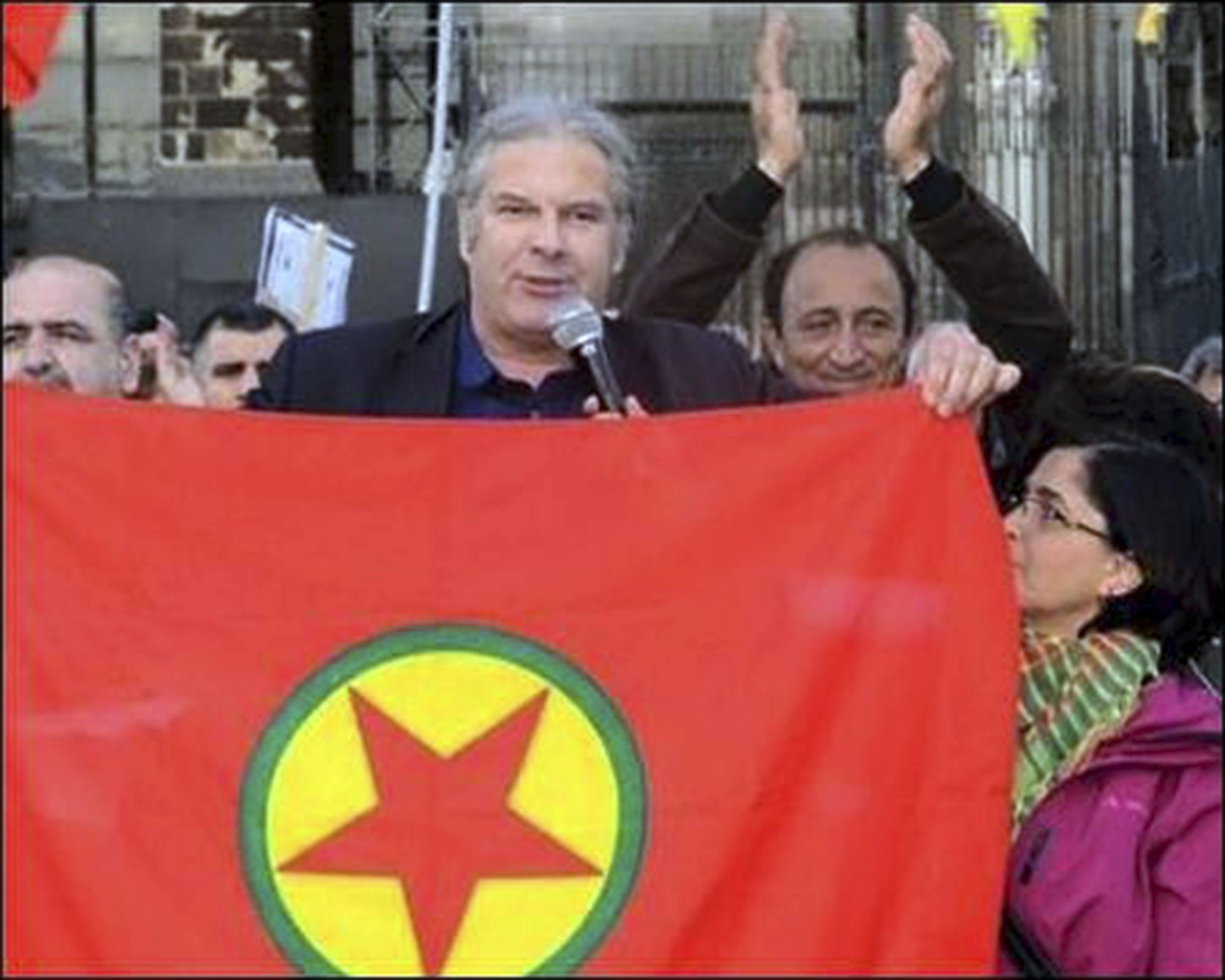 This file photo shows Andrej Hunko holding the banner of the PKK, which is listed as a terrorist group by Turkey and Germany.
by Daily Sabah Jun 21, 2018 12:00 am

A German lawmaker appointed as an observer by the Organization for Security and Co-operation in Europe (OSCE) for Turkey's early general and presidential elections on June 24 has been denied entry by Turkish authorities due to his affiliation with the PKK terrorist organization.

German Left Party (Die Linke) Lawmaker Andrej Hunko will not be an observer after Turkish authorities denied him entry due to his close support for the PKK terrorist group, Der Spiegel reported Thursday.

Hunko, who has previously been present at pro-PKK demonstrations, is known for his close stance to the PKK. His photos have surfaced previously holding a PKK flag at demonstrations. However, he denied that he has any affiliation with the terrorist group.

The German lawmaker was present at last year's constitutional referendum as well. Hunko came to Turkey to observe the referendum as part of the Political Action for Candidate Election's (PACE) monitoring team in southeastern Diyarbakır province.

He not only participated in pro-PKK rallies but he also urged the German parliament to remove the PKK from the terrorist organizations list. He also spoke to a Turkish newspaper in March 2017, saying he is in favor of the "no" vote in the referendum.

After the referendum, the PKK-affiliated lawmaker slammed "undemocratic and unfair conditions" during the popular vote.

Following last year's incident, Ankara harshly criticized the issue. President Recep Tayyip Erdoğan said that the OSCE was supposed to be impartial, but it was hard to believe they were after some of its observers were exposed as PKK sympathizers.

"The OSCE is obligated to send observers who are impartial and independent; however, we see pictures of its observers holding PKK flags in rallies of a terrorists group. How are we supposed to believe the OSCE is impartial after these incidents?" Erdoğan said.