Voter shifting between alliances to be limited in Turkey's elections, experts say 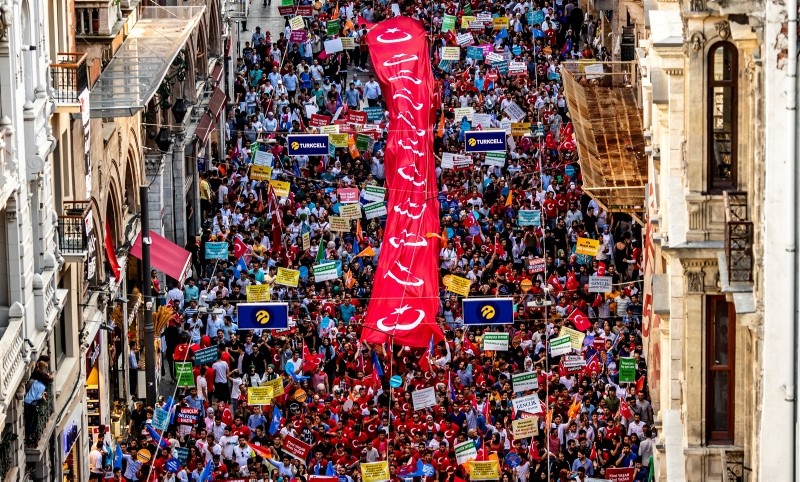 The number of voters switching alliances between political parties ahead of the June 24 elections will likely remain low, experts said Thursday at a panel organized by Foundation of Political, Economic and Social Research (SETA).

Speaking at the panel titled, "June 24 Elections and the Aftermath," SETA political analyst Nebi Miş said, "After the April 16 referendum, the opposition followed a strategy to increase a shift between the main right and left blocs."

He added that this strategy was unlikely to sway voters between the different political alliances.

He talked about how the CHP tried to nominate former President Abdullah Gül as its candidate.

CHP's presidential candidate, Muharrem İnce, removed his party rosette after his nomination, in an attempt to cast aside traditional CHP policies, Miş stressed.

On the other hand, Recep Tayyip Erdoğan is running as the joint presidential candidate of the People's Alliance, formed by the ruling Justice and Development Party (AK Party), the Nationalist Movement Party (MHP) and the Great Union Party (BBP).

Mustafa Altunoğlu, an academic from Anadolu University, told the panel that MHP's decision to form an alliance with the AK Party was determined by the need to support the government in the face of terror threats targeting the country.

Commenting on the opposition's efforts to resonate with various parts of society, İhsan Aktaş, president of the GENAR Research Institute, said it was unlikely that there will be substantial movement between the two alliances. He, however, underlined that there might be voters switching allegiance between political parties of an alliance.

Aktaş underscored the importance of understanding Turkey's young voters in their elections, saying,"A leader who understands the needs of this generation will be successful in the upcoming election and in the future as well."

He talked about how the voters' needs have changed and said that no problems have been left unaddressed in the campaign and the voters will decide based on their individual demands.