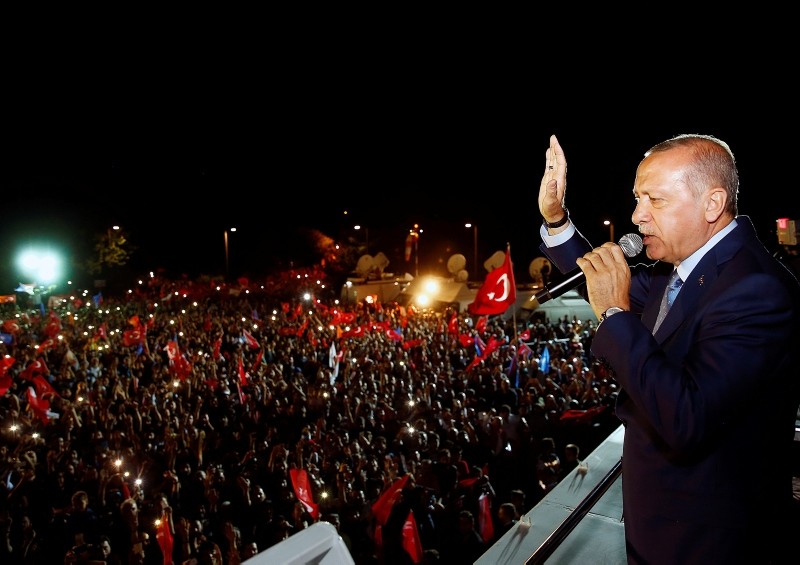 President Recep Tayyip Erdoğan reversed the Justice and Development Party's (AK Party) losses in Istanbul in the 2017 referendum by receiving 50.1% of the votes in Sunday's presidential election.

The votes of the People's Alliance - the coalition formed between the AK Party and the Nationalist Movement Party (MHP) for parliamentary elections - also stood at 50.8 percent.

In the 2017 referendum which realized a change to the executive presidential system, "no" votes had passed the "yes" votes by a margin of over two points. 51.3 percent were against and 48.7 percent were in favor of the system change in Istanbul.

The AK Party, which has been in power since 2002, received approximately 42.5 percent of the votes to win its sixth consecutive general election.