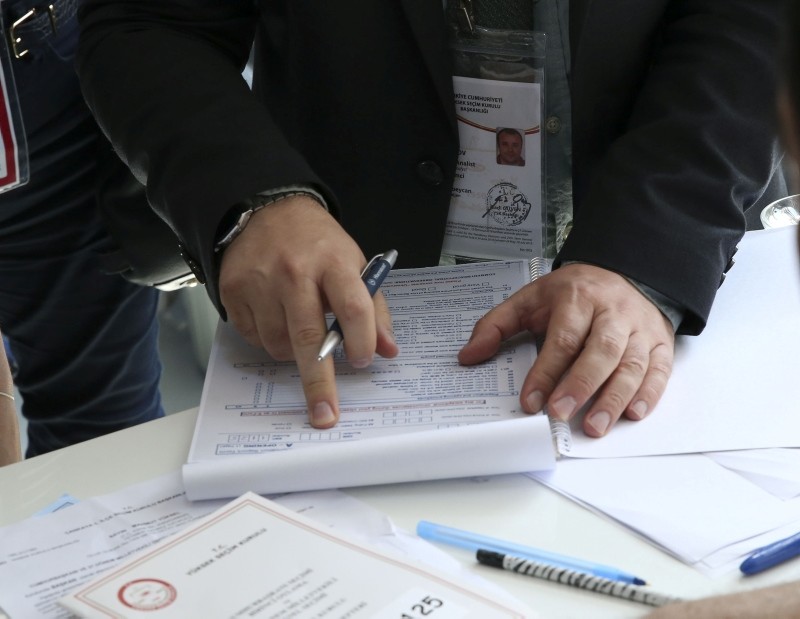 Legal action has been initiated against 10 foreigners posing as electoral watchdogs who tried to interfere in Turkey's presidential and parliamentary elections in four provinces, Turkish media said Sunday.

According to interior ministry sources, three French, three German and four Italian citizens were accused of falsely claiming to serve as observers for the Organization for Security and Cooperation (OSCE) in Turkey's eastern and southeastern Ağrı, Şırnak, Batman and Diyarbakır provinces.

The sources stated that the foreigners had no official accreditation.

The three French nationals were detained in eastern Ağrı province.

During the election day, official delegations from the OSCE, Parliamentary Assembly of the Council of Europe (PACE) and Shanghai Cooperation Organization (SCO) will monitor voting procedures such as counting, casting and recording votes without interrupting polling boards.

The observers will prepare a report by monitoring the campaigning process, on election participation and on whether international election standards were upheld.

Six candidates are contesting at the Turkish presidential race while eight political parties, including two alliances, are taking part in the parliamentary elections.