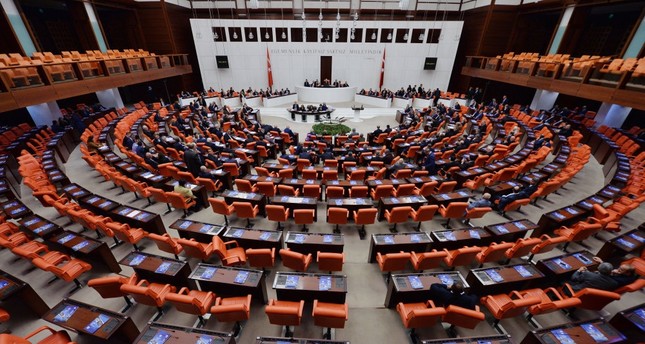 On Sunday, 103 women lawmakers were elected for the 27th Parliament of Turkey, increasing the percentage of woman parliamentarians to 17.1 percent.

The representation of female lawmakers in Parliament reached its highest level in Turkey with the parliamentary elections, signaling that the influence of women in politics will be increased in the next term. For the 27th Parliament of Turkey, 103 female lawmakers were elected in the parliamentary elections held on Sunday. The increase in the number of female lawmakers is welcomed by many as it is expected that new voices will be heard in Parliament. While the visibility of women in Turkish politics has a long past, their ratio vis-à-vis their male counterparts has been significantly low. The right to run for election and be elected was given to women in Turkey in 1934, making it one of the first countries to grant this right to women.

By having 17 women parliamentarians in the 1935 Parliament, the country had a quite remarkable start in terms of welcoming women into politics. Since then, in the past few decades, the percentage of women's representation has steadily increased. In 2007, the percentage of women represented in the Turkish parliament was 9.1 percent. This number increased to 14.7 with 81 deputies out of 550 in the Nov. 1, 2015 elections and finally in the June 24 elections, the number has reached 17.1 percent. Ahead of June 24, political parties released their candidate lists on May 21, revealing that a total of 904 women from seven political parties were running to become parliamentarians, a record high in Turkey's history.

With the election result, the ruling Justice and Development Party (AK Party) fulfilled its commitment to include more women and young people in politics. During the run-up to the elections the AK Party Chairman and President Recep Tayyip Erdoğan voiced the significant role of women and young people in society and stressed the need for them to be more active in politics.

The AK Party's election manifesto proved that the party is determined to preserve its progressive attitude when it comes to women and their problems. During its 16-year governance, the party accomplished many achievements to strengthen women's position in society. Among some of the examples: the AK Party added affirmative action in the constitution, founded Family courts to solve family and woman-related cases and passed a law to protect the family and stop violence against women.

In addition to these legal adjustments, women's participation in politics has also increased dramatically. While only 24 women served in Parliament in 2002, that number increased to 81 in November 2015. Meanwhile, women who wear headscarf and thus were banned to be present in public spaces including universities and state institutions, gained the right to be parliamentarians in 2015.

Most of the elected female lawmakers for the 27th Parliament are lawyers. They are followed by academics and engineers.

According to the unofficial results, the highest number of woman deputies was elected from the AK Party, which won 295 seats in total. 126 of AK Party's lawmaker candidates were women and 53 of them won spots in the 600-seat parliament. Women will make up 17.9 percent of AK Party's lawmakers this term, up from its previous 11 percent.

Proportionately, the HDP had the most woman parliamentarians as 25 of the party's 67 deputies are projected to be women, marking a 37 percent female representation rate. 230 of HDP's 600 candidates were women, yet only 25 of them were elected. The pro-PKK HDP had been following a policy to nominate a female candidate for each male candidate.

Meanwhile, some parties including the main opposition scored below the parliamentary average of the women representation percent. The number of woman deputies in the Republican People's Party (CHP) decreased compared to the previous term. The CHP had just 18 woman deputies out of 147.

The secularist center-left party, the CHP, had previously promised that more women would be included in the Parliament. However, when the party announced its candidate lists it drew criticism as many women candidates were not content with their places on the list. Since they were unlikely to get elected according to the list, Nesrin Tuncel and Gülay Emre withdrew their candidacy.

AK Party's ally in the elections, the Nationalist Movement Party (MHP) came close behind the CHP, with 5 woman deputies out of 49, recording a dismal 10 percent woman representation rate in Parliament.

Surprisingly, Meral Akşener's newly-formed Good Party (İP) was the worst performer in terms of gender equality and woman representation in Parliament, as only three of its 43 lawmakers are women.

İP nominated 134 women candidates, yet only three of them were elected which caused great disappointment to many.

Akşener, who was the only woman presidential candidate of the June 24 elections, will not be among the party's three woman lawmakers. Akşener also served as the country's first woman interior minister in the mid-1990s.

In 1954 elections, the number of women parliamentarians saw its lowest point with only two deputies. However, in the 1990's, the situation gained new momentum and women in parliament started to increase again. And in 1993 a female prime minister was elected for the first and only time in the country's history.

Tansu Çiller, a professor of economics was elected as the first woman prime minister of Turkey in 1993 and served until 1996.

Share on Facebook Share on Twitter
Previous in Elections Pledges on problematic issues affecting the country and positive steps... Next in Elections The Justice and Development Party (AK Party) is set to lay the groundwork...
DAILY SABAH RECOMMENDS