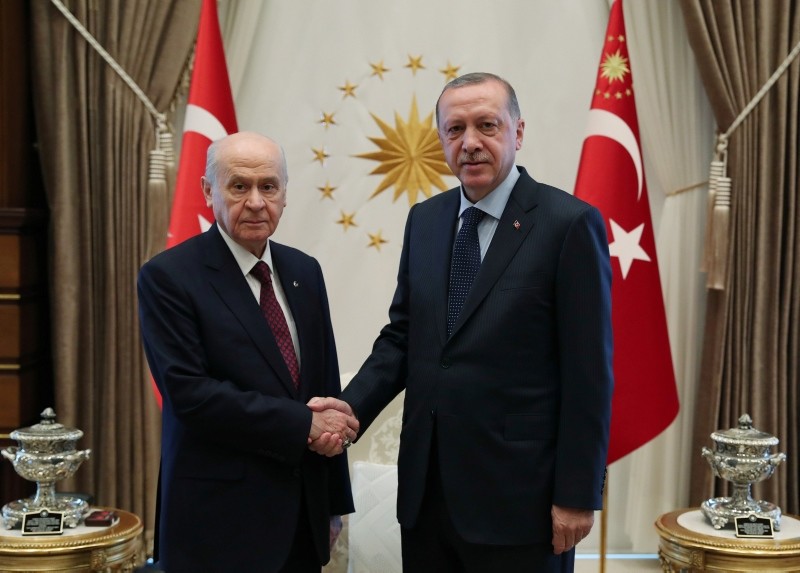 The Deputy heads from the ruling Justice and Development Party (AK Party) and the Nationalist Movement Party (MHP) expressed late Tuesday the parties' wish to preserve the previously established alliance for the June 24 elections, following a meeting held for the first time to discuss the possible alliance in the upcoming local elections.

Deputy Chairman of the AK Party, Mehmet Özhaseki, who is in charge of responsibilities for the party's local administrations, said that the parties had agreed to "remain faithful to the [People's] Alliance."

"The four basic principles that [MHP Chairman Devlet] Bahçeli mentions are not contrary to our party, the talks will continue between the delegations of both sides," Özhaseki said following his meeting with MHP Deputy Chairman Sadir Durmaz.

On the sidelines of the meeting, the AK Party and the MHP reportedly drew a road map for the alliance process and the working procedures were determined to formulate an effective strategy for the local election due in March 2019. The meeting reportedly also focused on the aims and expectations from the possible alliance.

MHP leader Bahçeli has already announced that his party would not nominate a candidate in the local elections for Istanbul metropolitan municipality last week.

The delegations from both parties are expected to meet again next week. After the technical meetings, President Recep Tayyip Erdoğan and Bahçeli are also expected to come together to make the final decision.

The People's Alliance between the MHP and AK Party was formed ahead of the June 24 parliamentary and presidential elections. The alliance received a majority in the Parliament, while their presidential candidate, the incumbent president, also won the election by 52.6 percent of the votes.