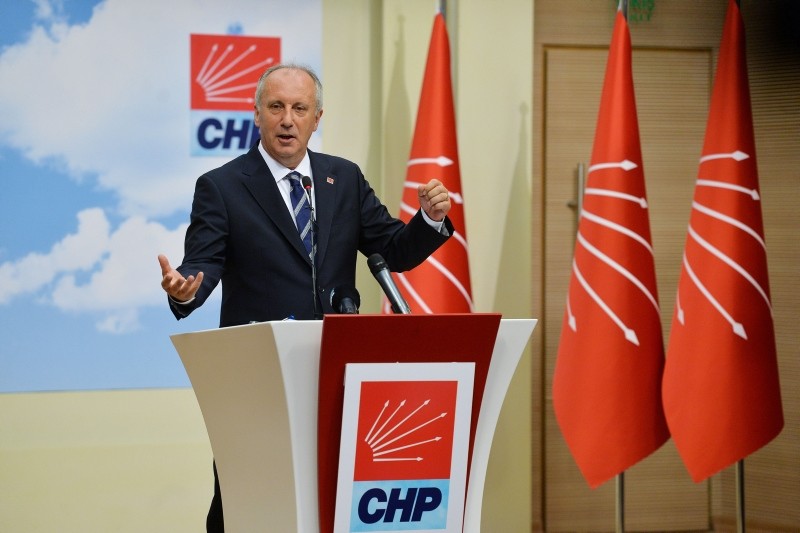 Speaking Tuesday in an interview with Hürriyet daily, Ince, who is regarded as the leader of the dissidents within the CHP, stressed that he is ready for the candidacy with the condition of holding a primary election.

"The CHP has approximately 250,000 [party organization] members in Istanbul. If all the members hold a primary election and I am their first preference, I am ready for the candidacy," he said.

He said that if the 250,000 members, which is "a significant number," act together, the party will win Istanbul, breaking the decades-old rule of the Justice and Development Party (AK Party) in the city, and inherently in the next presidential elections in 2023 as well.

Ince's name has been circulating in the media for some time now as a possible candidate although he has constantly reiterated his unwillingness and insisted on becoming the next presidential candidate and the chairman of the CHP.

A survey done last week revealed that Ince was chosen by far as the first preference and the most approved candidate of the party's Istanbul organization.

Also, CHP Deputy Chair and Party Spokesman Fatih Öztrak refuted media reports on Monday, suggesting that the CHP is considering nominating Mansur Yavaş, who came third as a candidate for the Ankara municipality in the 2009 elections with the Nationalist Movement Party (MHP).

The CHP suffered defeat in the June 24 elections by only gaining 22.6 percent of votes, a lower level of support compared to the previous elections. Subsequently, the party was marred with internal divisions that were sparked by the gap between the votes cast for Ince and the party.

Party members called on the incumbent party Chairman Kemal Kılıçdaroğlu, whom they see as responsible for the repeated election failures, to step down and started a petition to convene an extraordinary convention.

Yet, the dissidents led by Ince ultimately failed to reach the necessary quorum and faced some harsh reaction and resistance from the party's head office. Since then, no concrete steps have been taken amid the party's preparations for the upcoming elections.