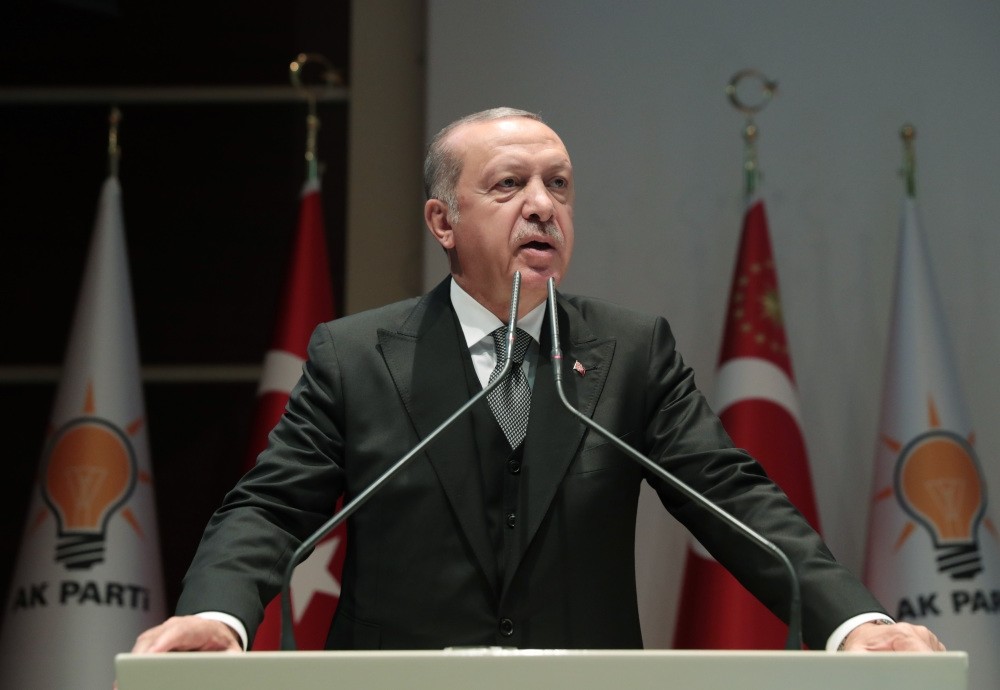 The AK Party will add yet another victory to its election record in the March 2019 municipal elections, Erdoğan said, criticizing the main opposition CHP for lacking a substantial strategy

He pointed out the opposition parties' lack of strategy for the elections. "The municipal elections in March 2019 are not ordinary elections. These local elections may be the end of the main opposition," Erdoğan said, referring to the demise of the Republican People's Party (CHP). He was addressing members of the AK Party women's branch in Ankara.

Erdoğan criticized CHP Chairman Kemal Kılıçdaroğlu, saying the CHP leader was not only trouble for the people, but also for the CHP itself.

The CHP leader has long been criticized by party members for the party's defeats in every election since he took office in 2010 after the resignation of former Chairman Deniz Baykal amid a sex tape scandal.

After the poor results in the last parliamentary election, an intraparty conflict emerged in the CHP with dissidents calling for a change in leadership. However, no concrete results have so far been reached.

"Without any hope, the main opposition will try everything possible to cast a doubt over the election results. Their efforts to form an alliance with the political offshoot of a separatist terrorist group is not for nothing," Erdoğan said, referring to the reports of a probable alliance between the CHP and the pro-PKK Peoples' Democratic Party (HDP).

CHP officials have hinted at an unofficial alliance with the HDP, saying that their candidates for the municipal elections would be candidates that would appeal to HDP voters as well.

The president also criticized the CHP's stance on Syrian refugees, saying the main opposition attacks the refugees "with the same discourse [as Syria's Assad]." He added that attempts to instigate conflict between local people and the refugees will not be tolerated. Erdoğan said that regardless of the CHP's moves, the AK Party will continue to focus on its own plans and projects "as the party sets its own standards, instead of comparing itself with the opposition."

The president said that the number of female mayors from the AK Party was "not enough" and should be increased to reflect the proportion of women in the population.

"The AK Party has eight female mayors. We do not feel this is adequate. Our desire is to reflect a proportional picture according to the population," the president said.

He added that the movement that liberated women in Turkey was the AK Party. It has put special importance on the greater inclusion of female politicians. In the June 24 parliamentary and presidential elections, the highest number of female deputies, 53, was elected from the AK Party, which won a total of 295 seats.

In addition to female parliamentarians, the AK Party women's branch also has 4.6 million members, more than any other political party.

"Politics that ignore, inactivate or waste the potential and power of women do not stand a chance in Turkey," he said.

Those who exclude women or view them solely as "show pieces" are doomed to fail in politics, he added.