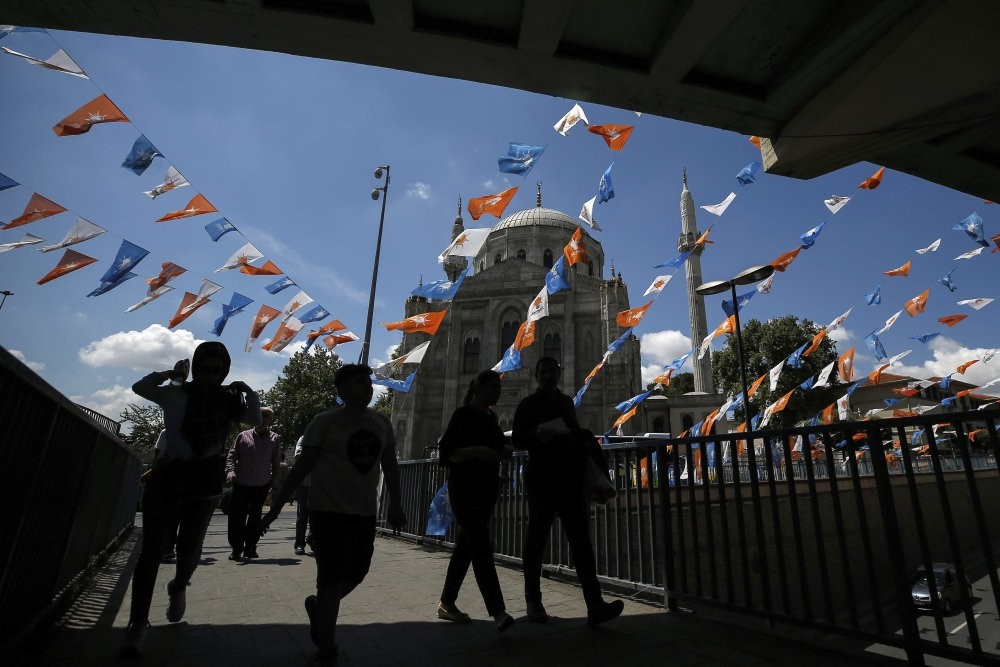 Turkey is getting ready for an environment friendly election process, as all parties are eager adopt greener campaign methods, as proposed by the AK Party

Political parties in Turkey are supporting the ruling Justice and Development Party's (AK Party) decision to carry out a greener election campaign process for the upcoming local elections and they are ready to take similar steps to prevent pollution caused from traditional campaigning methods.

President Recep Tayyip Erdoğan, who is the chairman of the AK Party, announced on Thursday that for the March 2019 municipal elections the traditional methods of campaigning will be eliminated and instead be more environmentally friendly through the utilization of social media channels.

Other political parties, mainly the Nationalist Movement Party (MHP) and the Good Party (İP), seem to also be eager in following AK Party's steps on the matter as they expressed their own views on the issue underlining that the parties will take their own measures too.

Sadir Durmaz, the vice chairman of the MHP, said that they support the president's call for a greener campaign period.

"We are against the visual and noise pollution that emerge during the election [campaigns] as well. We do not find the activities that disturb our people right," Durmaz said.

"During the election period, you see some streets where flags are on top of each other; they became unlivable due to noise also. We think that in such campaigns, we should not disturb our citizens in no way or terms," he added.

As part of traditional campaigning methods, parties would fill the streets with colorful flags, posters of the candidates with election buses constantly play campaign songs. Despite creating a unique election atmosphere in the country, these methods are considered as a nuisance by many. The flags and posters create visual pollution during and after the elections. They are far from having any aesthetic value as they hang between the buildings and more importantly fall onto the streets, causing pollution. Minivans that play campaign songs end up creating noise pollution when different campaign songs start merging with the others playing in close proximity.

"This approach would also benefit the national economy. The waste that emerges during the election campaigns would be prevented and serious savings would be achieved," Durmaz further highlighted.

"We have not had a talk on the matter yet," said Cihan Paşacı, the İP's spokesperson.

"Some steps can be taken by our party as well to leave these [traditional] methods behind. However, since in local elections the candidates are funding their own campaigning process, the party administration cannot intervene in that," Paşacı added.

"Unfortunately there are many disturbances during the election campaigning period," Paşacı acknowledged.

Erdoğan underlined that in order to prevent visual pollution, the party will only be allowed to display flags in the regions of party organizations and election coordination centers. The AK Party election buses will not be touring except at specific times set beforehand. Erdoğan also underscored that social media and other mediums will take the place of traditional campaign methods.

"We want and support the usage of social media more. We also ask our candidates to put more emphasis on these channels," Durmaz said, implying that the MHP will also utilize social media more than ever during these elections.

When it comes to the main opposition Republican People's Party (CHP), however, the party officials had troubled finding a party authority to speak on the issue, directing from one to the other, which eventually left Daily Sabah with unanswered questions on the matter.

In time, there have been some changes within the environment law, the biggest of which came in 2006. In 2006, the terms "sustainable environment" and "sustainable development" were added to the law. Some heavy sanctions were also imposed upon institutions causing environmental pollution.

The parties are also including environmental issues in their party programs and activities. Since it came to power in 2002, the AK Party has been known for its green policies aiming at increasing environmental sensitivity.

According to a report by the AK Party that explains the activities and performance of the government in the past decade, between 1992 and 2002, the government oversaw afforestation work in some 743,000-hectares of land. This number has increased six-fold between 2003 and 2017. During the last decade of the AK Party-led government, a 4.9-million-hectare area was used for forestation. The same report revealed that some 1.5 million hectares of new forests were also created in Turkey.

In the MHP's party program, one and a half pages are on environmental issues under its own chapter. It is stated in the chapter that one of the main aims of the party is to bring environmental conditions to a livable level by constantly improving them.

When it comes to İP's party program, environment is included under the chapter "Natural life and Urbanism," and has a space that is a little more than a page. In the chapter, it is said that the right to have a healthy and balanced environment constitutes the basis of the party's environmental policy.