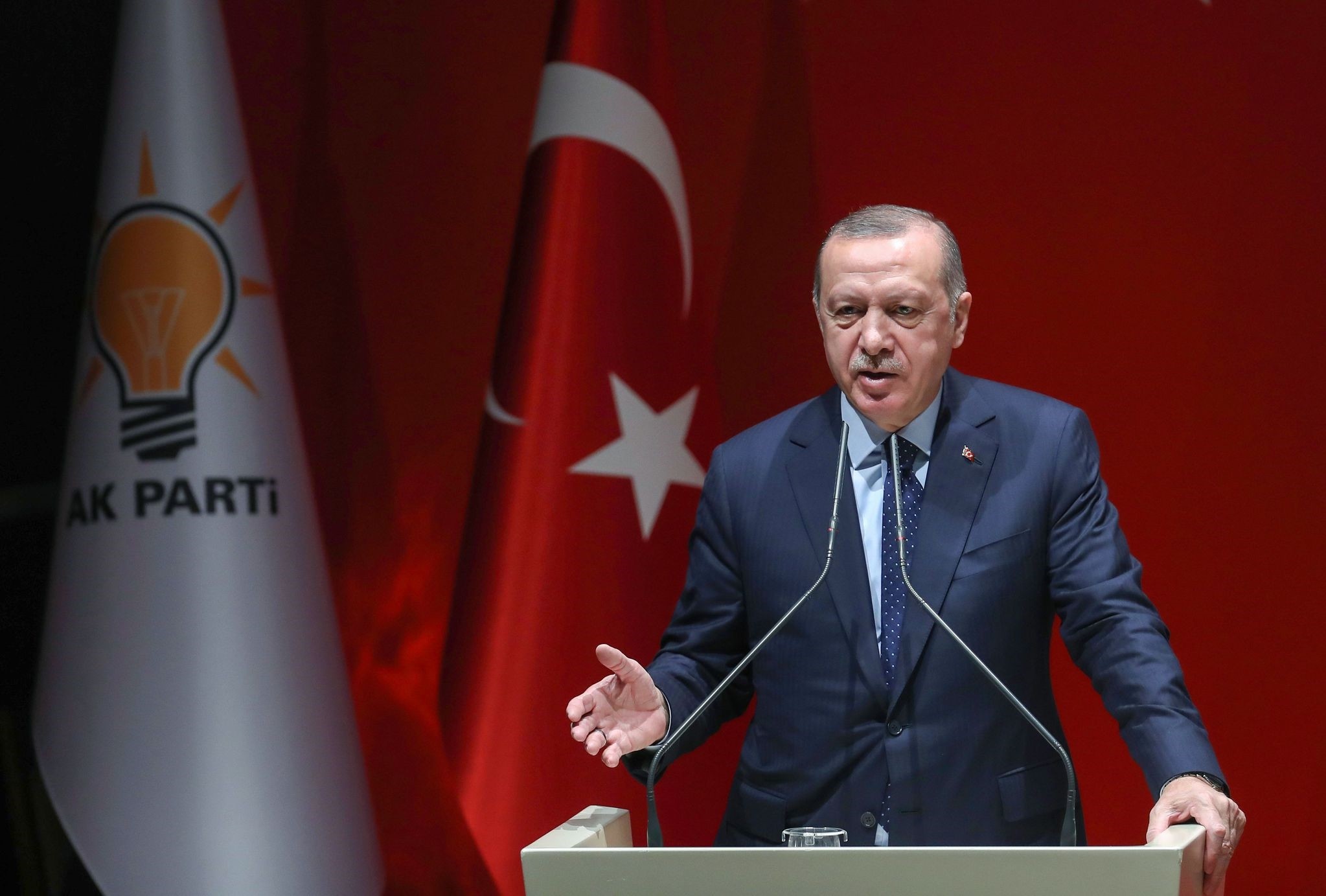 Around 1 million young people are expected to vote for the first time in the upcoming local elections, constituting a significant voter base for the ruling AK Party, which has determined the group as a primary target audience

The ruling Justice and Development Party (AK Party) will target the country's youth and first-time voters, in particular, in its campaign for the upcoming local elections. Speaking at a meeting with AK Party provincial heads in Ankara Friday, President Recep Tayyip Erdoğan urged party members to take special care to address the 1 million young people who will vote for the first time in the March 31 polls.

"We have to first prevent them from doing any wrong. Paying a welcome visit to someone who has recently moved into our neighborhood and telling them, those who [will use his/her] right to choose and be chosen, about our party is quite important," the president said, adding that "These numbers would contribute to us making a difference [in the local elections]."

According to statistics, around 1.59 million voters, among a total of 57 million, voted for the first time in the June 24 presidential and parliamentary elections.

With more than 16 percent of its total population aged between 15 and 24 - the highest among European countries - Turkey's political future lies with young voters.

On the importance of building direct contact with people, Erdoğan said no one will be left outside during AK Party's election campaign.

"Although there are different technological tools right now, remember that everything still depends on the people. [Having close bonds with people] cannot be achieved through online platforms," he emphasized, adding that the AK Party will put importance on how to utilize its more than 10 million members for this purpose during the election period.

Erdoğan also pointed to the importance of reaching more women since they are regarded as the key to winning a household's vote.

"We should convince every individual in our nation to vote for the AK Party through our cause, stance and services. Politics is the art of being loved by others," the president underlined.

"The AK Party is not ours, it is the people's party," he underscored, criticizing the opposition parties for targeting the AK Party rather than focusing on people in their campaign.

Referring to the People's Alliance between the AK Party and the Nationalist Movement Party (MHP), Erdoğan said: "On one hand, you have ones who continue to stand up against terrorist organizations."

"On the other hand, however, there are ones who do not have any values, that cannot be sacrificed, and cooperate with the terrorist organizations," he added, implying the Republican People's Party (CHP) and its link to the PKK and Gülenist Terror Group (FETÖ)," he added.

The People's Alliance was formed ahead of the June 24 parliamentary and presidential elections. The alliance secured a majority in Parliament, while their presidential candidate, Erdoğan, won the election with 52.6 percent of the votes.

Since both parties consider the results of the June 24 elections successful, they now seek to continue their alliance in the local elections.

The president also announced that AK Party's election manifesto will be revealed at the end of the month in Ankara.

Regarding the party's green policies, Erdoğan said they have declared war on plastic bags and during the election campaign they will use only reusable bags made from hemp. "We are making fabric bags and string bags. We will distribute these among people," he said.

Turkey on Jan. 1 banned free plastic bags at stores and supermarkets. Looking to avoid paying the mandatory TL 0.25 ($0.05) for one bag, shoppers have either opted to carry the purchased goods with their bare hands or get creative, like a man who was recorded tucking the goods he bought from a store in his rolled-up coat.

A U.N. report says an estimated 5 trillion plastic bags are used worldwide every year, and they mainly contribute to maritime pollution as some 8 million tons of plastic, including bags, are dumped into the ocean every year, killing marine life and entering the human food chain.

According to the Turkish Ministry of Environment, there has been a 70 percent reduction in the use of plastic bags since the first day of the ban on free bags.