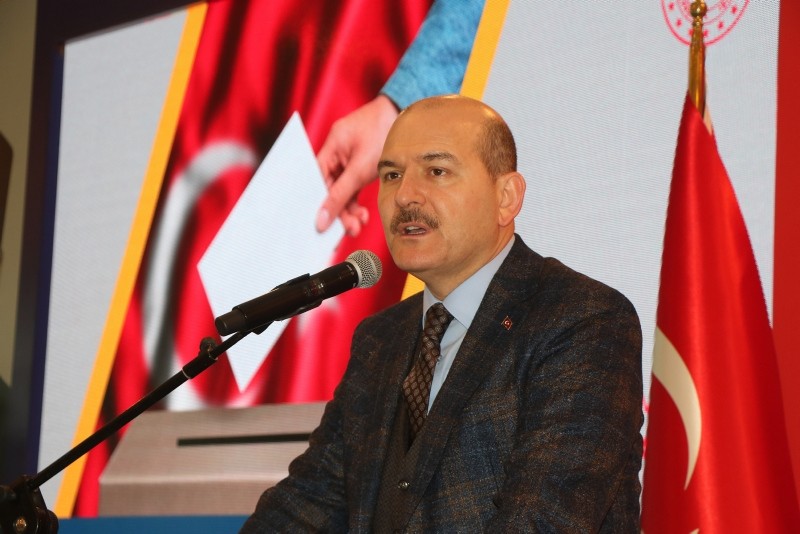 Turkey is one of the leading countries in the world in election security and transparency, receiving minimal criticism from the international community on the matter, the interior minister said Saturday.

"Turkey is one of the leading countries in the world and is even well up on the list in terms of holding an election and election safety," Interior Minister Süleyman Soylu said in a series of meetings on election security held in southeastern Mardin province.

Local elections will be held across Turkey on March 31 to designate local authorities. Election campaigning ends on the evening of March 30, a day before the election. The last elections in Turkey were presidential and parliamentary elections on June 24, 2018.

Pointing to media reports of alleged meddling in the U.S. elections and legitimacy debates in EU elections with low turnout, Soylu underscored that Turkey has not received a single criticism from the world to this date on the matter.

Stressing that they have been taking every measure to ensure each citizen's freedom to vote, Soylu said that they are mainly focusing on three security elements: election security, rally security and voting security and security during vote counting.

The minister indicated 547,000 security force members would be on duty, with 6,680 additional security personnel in 11 provinces and 12 districts to avoid the PKK terror group's threat and pressure against Turkish citizens to vote freely.

He highlighted further strengthening transparency; officials, observers and representatives of all political parties can be present in district election boards, provincial election boards and the Supreme Election Council (YSK), adding that that list of voters is sent to all parties.

Meanwhile, Soylu also said that at least 53,000 Syrians who have acquired Turkish citizenship would be able to vote in the local elections. However, he underscored neither the voting of Syrians nor errors in address records of voters will have an effect on the election results.