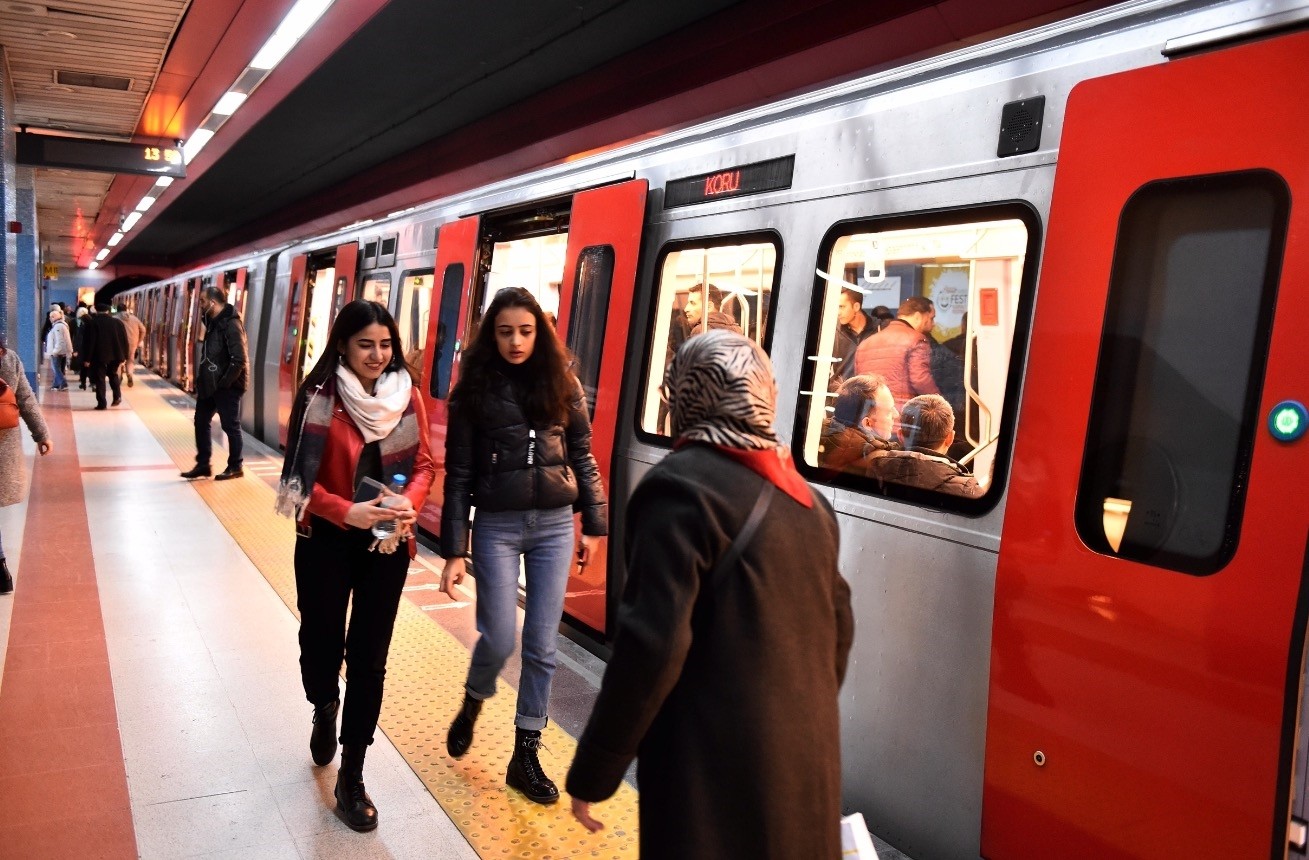 With less than 40 days left until the local elections, Turkish students highlighted that they would welcome projects from the mayoral candidates that put them at the center of policy and more importantly steps that would break the stereotypes of their cities and revitalize their hidden beauties. The students in Ankara underscored that they would fill libraries that stay open 24 hours a day since the capacity of the current libraries are not sufficient enough to meet the high demand.

"There is only the National Library in Bahçeli [neighborhood] that I know of. While I was preparing for the university entrance exam I waited for hours to get in," Batuhan Çetinkaya, 21, told Daily Sabah on his way to class on a sunny day in the capital Ankara. He highlighted, "It would be really beneficial if libraries that stay open for 24 hours are built to address the needs of the students." He added the students would prefer to study in these places rather than at cafes.

Şeyda Yayla, 22, who studies at Ankara University's Faculty of Pharmacy also welcomed the idea and stressed that it would be great for the students, as there is a clear deficiency in the capacity of the current libraries. Aside from demands in the field of education, some of the students expect the municipality to focus more on sports facilities. Walking down 7th Street (Ashgabat Street), one of the most famous streets in Ankara, a handball player, Semih Ayhan, 18, stated that he will vote for the first time in these upcoming local elections.

Stressing that he previously played on the Çankaya handball team but the team terminated its activities due to insufficient funding, Ayhan voiced his concerns over sports activities.

"I am calling for municipalities to fund and support sports activities and teams that younger people can participate in," he stated.

"Even though I have lived in various cities in Turkey, I love living in Ankara as it is my hometown, yet, people are right to call it a 'grey city.' Therefore I support the idea of creating more green areas with projects such as the People's Gardens," Çetinkaya said.

Many people tend to define Ankara as grey, pointing to the lack of green areas in the city. Creating green areas where both young and old people can enjoy spending time stands out as the main expectation of people living in Ankara.

Çetinkaya, who studies finance and banking at Gazi University, said that people living in Ankara would definitely prefer to go to these parks to spend their time.

Commenting on the green areas in the capital, a 21-year-old nutrition and dietetics student, Kübra Tekinarslan, said that many young people prefer to go to Seğmenler Park in Çankaya but the green areas are insufficient.

"Municipalities should increase the number of parks in the city and especially create more green areas near universities," Tekinarslan underlined. She added that Ankara's social life is vivid and she enjoys theaters and concerts organized in Ankara, possibilities that she could not find in her hometown in central Niğde province. 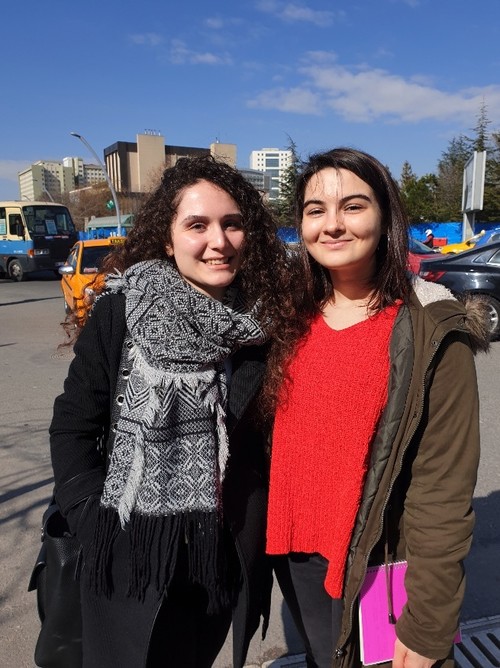 In relation to the projects that can draw attention to the historical and touristic aspects of Ankara, Çetinkaya added, "From east to west and north to south, Turkey is already rich in tourism. The project named the Culture Road can contribute to promoting the cultural aspects of Ankara."

He pointed out that Ankara is known as "a city of public servants" since all the ministries and the Turkish Parliament are all located here. These projects would help change the image of Ankara, Çetinkaya said. Çetinkaya was referring to the project proposed by Mehmet Özhaseki, the Ankara mayoral candidate for the Justice and Development Party (AK Party), which focuses on boosting tourism in Ankara. The project will have one short and one long route. Accordingly, the 8-kilometer short route will start from Ankara Castle and end at the July 15 Martyrs Monument. This road will pass by 382 monuments. The 12-kilometer route will start from Ankara Castle's Akkale bastion, which was the first settlement in Ankara, and end at Atakule. The road will pass along 411 monuments in total.

If elected, one of Özhaseki's projects includes organizing Museum Days. There will be days in which museum entrance will be free and other services such as transportation or guided tours will be covered by the municipality.

Commenting on the project, Çetinkaya said that "it is a really good idea; as a university student I did not have the chance to visit all of these museums. I would be able to see more museums if this project is actualized."

Yayla also said that the idea of organizing museums days was original and it can encourage more people to see these museums. "For example there is a PTT stamp museum which has free entrance and gives free breakfast in the mornings; however few people know about the museum," she said, adding that museum days can increase the number of visitors.

Uğur Batur, a 23-year-old student coming from İzmir to study public relations at Gazi University in Ankara, underscored that even though he has been living in Ankara for only three years, he regards the municipality works in Ankara as far better than the ones in İzmir. 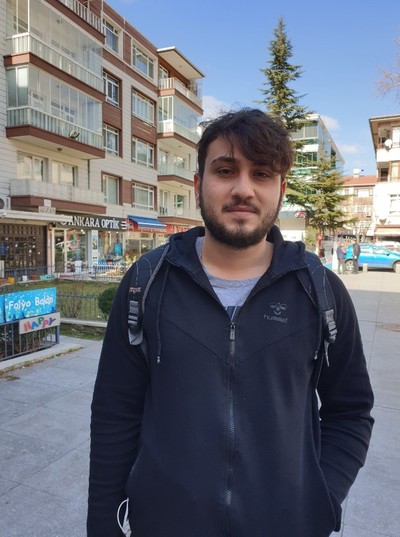 "İzmir municipality is only a drop in the ocean compared to Ankara," he said.

While speaking about the significance of creating green areas in Ankara and raise more awareness about the environment, Çetinkaya was interrupted by an campaign bus passing by on the street. 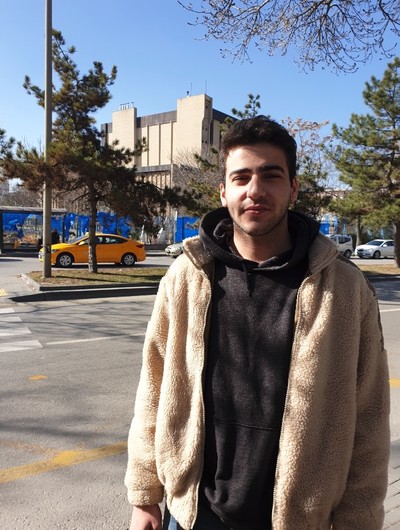 Pointing to the bus playing loud campaign songs, Çetinkaya said, "I really do not like this. Here we are in front of a school but these buses pass by playing loud songs and disrupt the students."

He said that during the election period the parties hang their flags everywhere causing litter. These are only harming the environment and it is not logical to expect to gain votes this way, he added.

Referring to the ruling AK Party's call for conducting an eco-friendly campaign, Çetinkaya said that it is an exemplary decision that other parties need to follow as well.

One of the main expectations of the young people appears to be a discount in prices for public transportation since they need to use it daily.

"I find it difficult to reach my school as the number of buses is not sufficient and the price for the students should be decreased. Considering the scholarship I receive, I spent a lot on transportation," Çetinkaya said.

In line with the comments of Çetinkaya, Mehmet Burkay Çiğdem who is from Ankara but studies economics at Bartın University, said, "I am having difficulty finding buses after midnight as a student and I want more bus lines to operate 24/7 or late on weekends."

While welcoming the increasing number of metro lines, Yayla highlighted that there should be a discount in prices for bus tickets.

"One time, I was late for a critical exam because the bus system was insufficient," Çetinkaya said.

Previously speaking to Daily Sabah, Özhaseki underscored that they acknowledge the fact that the students expect lower prices in public transportation and promised to take concrete steps if elected.