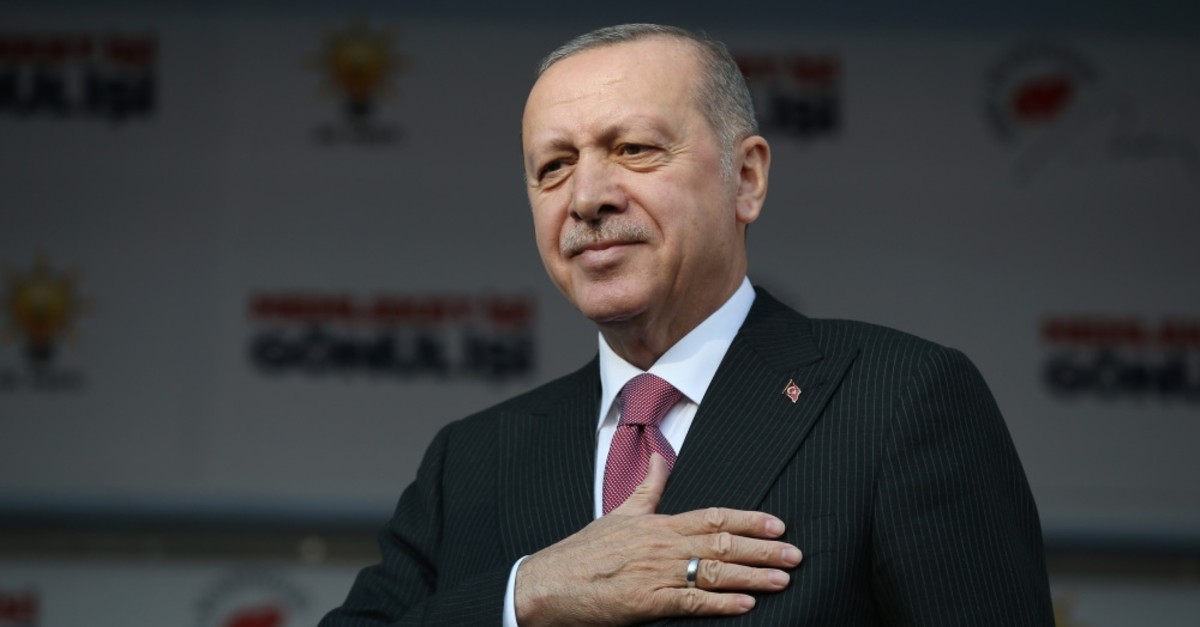 With only 34 days left until the local elections, Erdoğan has ramped up his rally schedule, visiting 17 cities so far, while his opponents are lagging behind with much lighter schedules

The Justice and Development Party (AK Party) is in the spotlight with its continuous election campaign and election rallies, while the main opposition Republican People's Party (CHP) and its ally the far-right Good Party (İP) have been busy with in-house disagreements.

The AK Party has been intensifying its preparation for the March 31 local elections since the finalization of its candidate determination process on Jan. 27. President Recep Tayyip Erdoğan, the chairman of the party, has been traveling to numerous cities as a part of the election campaign and organizing rallies. So far, Erdoğan launched 17 election rallies, excluding the ones in districts, while five other rallies are scheduled and many others on the way with expected visits to at least 50 provinces.

The CHP and the İP, on the other hand, determined all their candidates on the last day when the candidate list was submitted to the Supreme Election Board (YSK) last week - not even close to the beginning of the election campaign. As there are only 35 days left until the election, the CHP announced its rally program on Sunday, including visits to 20 provinces for the upcoming elections. Yet, as has been seen in the candidate determination process, the election campaign is also expected to be delayed by intraparty discussions and undermining efforts from within the party.

After disappointing results in the June 24 election, the CHP and the İP have been seeking to their heal wounds by getting a satisfying result in metropolitan municipalities and cities in local elections through an alliance. Instead, the concessions made for the alliance have prompted unrest in the local party organizations, once again unearthing the old discussions and dissident debates in the aftermath of June 24 elections. Along with the accusations against their chairman for nominating figures closer to the party leadership's line at the expense of popular and experienced candidates with independent stances or ties to the intraparty opposition, these intraparty discussions have led to numerous protests by the party's organizations and mass resignations.

While the CHP and the İP struggle with intraparty discussions, in the meantime, the alliance formed by the AK Party and the Nationalist Movement Party (MHP) ramped up its preparation for joint election campaigns. Both parties previously declared that they will hold joint rallies in Adana and in the three biggest metropolitan cities, Ankara, İstanbul and İzmir. The dates of the rallies were also disclosed Monday. Erdoğan and MHP Chairman Devlet Bahçeli will come together in İzmir on March 17, in Ankara on March 23 and in Istanbul on March 24.

Speaking on a television program, AK Party spokesman Mahir Ünal said Monday that election surveys have become incredible since 2014, when the digital transformation began. Pointing out that individuals' opinions and preferences on the candidates can change day to day, Ünal underlined the vital necessity for parties to be present on social media platforms. Touching on the AK Party's activities on social media, Ünal stated that the party has established a digital platform, enabling more than 1 million members of the AK Party organization to talk with each other simultaneously.

"We are also conducting an online operation against those who aim to affect voter's preferences by creating perceptions. Real people from our party identify internet bots and fake accounts on social media to take necessary measures," Ünal said. Pointing out that a perception can be constructed on the internet via subliminal messages, Ünal added that they have seen so many examples of this perception construction and they are determined to fight against such incidents.

In the AK Party's election campaign, social media and other mediums will take the place of traditional campaign methods. While the party will concentrate more on effectively using the internet and social media to attract more voters, social media training for the seven regions will be completed and a general information guide will be prepared for all organization managers and party members to efficiently share tweets and messages.